When it Rains, it Pours

Last week I wrote about snapping the tip of my Orvis Helios, the first time I have ever broken a rod. I replaced it with a New Zealand made Riverworks rod. It wasn't exactly cheap at NZ$150, but the cheapest I could find to keep me going while Orvis repair the Helios (Orvis has since said it will take up to six weeks to repair excluding shipping time - I was really hoping they could have returned it in a shorter time). Well, the replacement rod snapped in half today as I was setting it up beside a river. I was threading the line through the eyes and pulled on the leader to bring the fly line through the tip, bending the rod in the process in normal fashion, when the carbon just broke. I can't even boast that it was broken by the bend of a large fish. At least I didn't even have to suffer the ignominy of a fall to break a rod this time. To say I was disappointed is an understatement!
On top of it all I had slept in my car the night before so that I would only have a short drive in the morning to secure a beat on the upper Oreti. It's one of the few rivers in the South Island which operates a beat system. I arrived at the river before 8am but was disappointed to discover a car with two occupants already in the parking space for the best of the two available beats (better simply because it was the furthest away from the car park). Two old American codgers, sipping coffee, who told me they had been sitting in their car since before 7am to secure their desired beat. The one in the driver's seat wound down his window, looked at me a little apologetically, and said "you gotta get here early if you want this beat". At least I had the remaining beat, even if it started from the car park and even after driver seat American told me I'd be lucky to see a fish in the first kilometre ("all the lazy fishermen fish your beat"). I watched as four other cars arrived in the car park after me, and turned away, too late. After all that, it turned out to be a beat I wouldn't even get to fish. Two broken rods in one week. I reckon I am just about starting to build some serious credit in the good fortune stakes what with this second break.
I asked a local sheep farmer where the nearest tackle store was and he said Te Anau, 45 minutes drive away. I drove to the town and had to fork out another NZ$150 for a 9' 6wt Redington Path rod. A replacement for the replacement. At least this time Redington is a familiar brand and I'm hoping it lasts a little longer than the previous one. It casts OK but is perhaps a little under-lined with my 5wt line. I surely can't break three rods, can I? It's getting silly and just a little expensive!
Anyway, being in Te Anau brought back fond memories of my previous visit here in 2010 when I fished the nearby Eglinton River. That was my first visit to New Zealand and I was on the way to Milford Sound. The Eglinton flows next to the road for much of the way, a gorgeous looking river, running clear as glass through an impressive valley. I had pulled my campervan over at a scenic spot next to the river to make lunch when I saw a fish rise on the opposite bank. Too good an opportunity to miss, I rigged up my rod and caught it - a 4½lb rainbow. I made a swift decision this time to fish the Eglinton again rather than waste an afternoon of great weather. 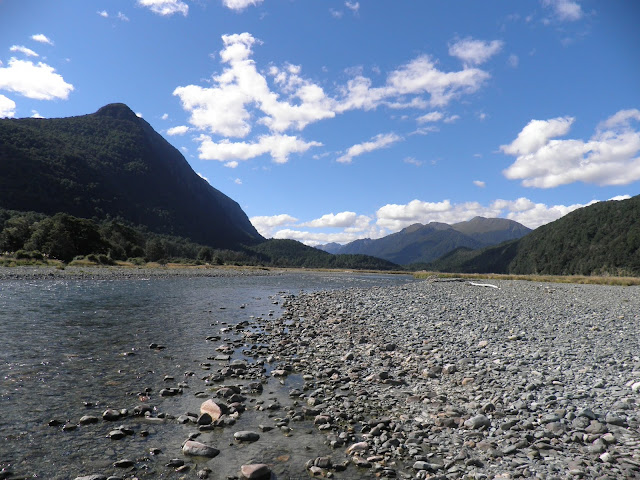 I'm glad I did because I caught a 3lb rainbow after spotting its ghostly shape in the water. The moment of its capture did much to lift my mood after the earlier broken rod debacle. It was a lovely diversion. 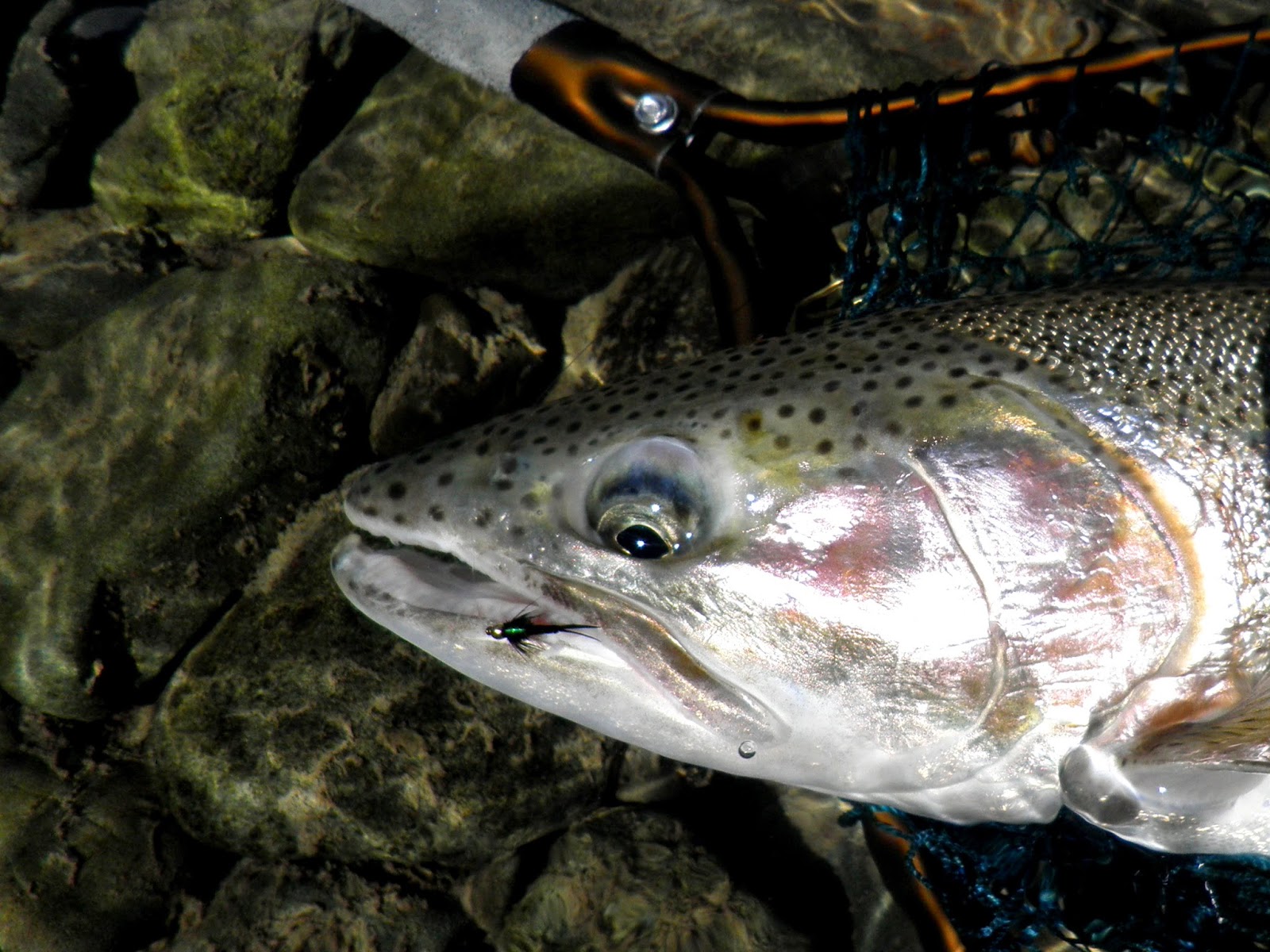 I'm hoping I will have better fortune and better things to write about as I continue my way through New Zealand. I do realise that the overarching tenor of my posts since arriving in New Zealand has been a little gloomy. I'll get there soon, I feel it in my bones.
Labels: New Zealand