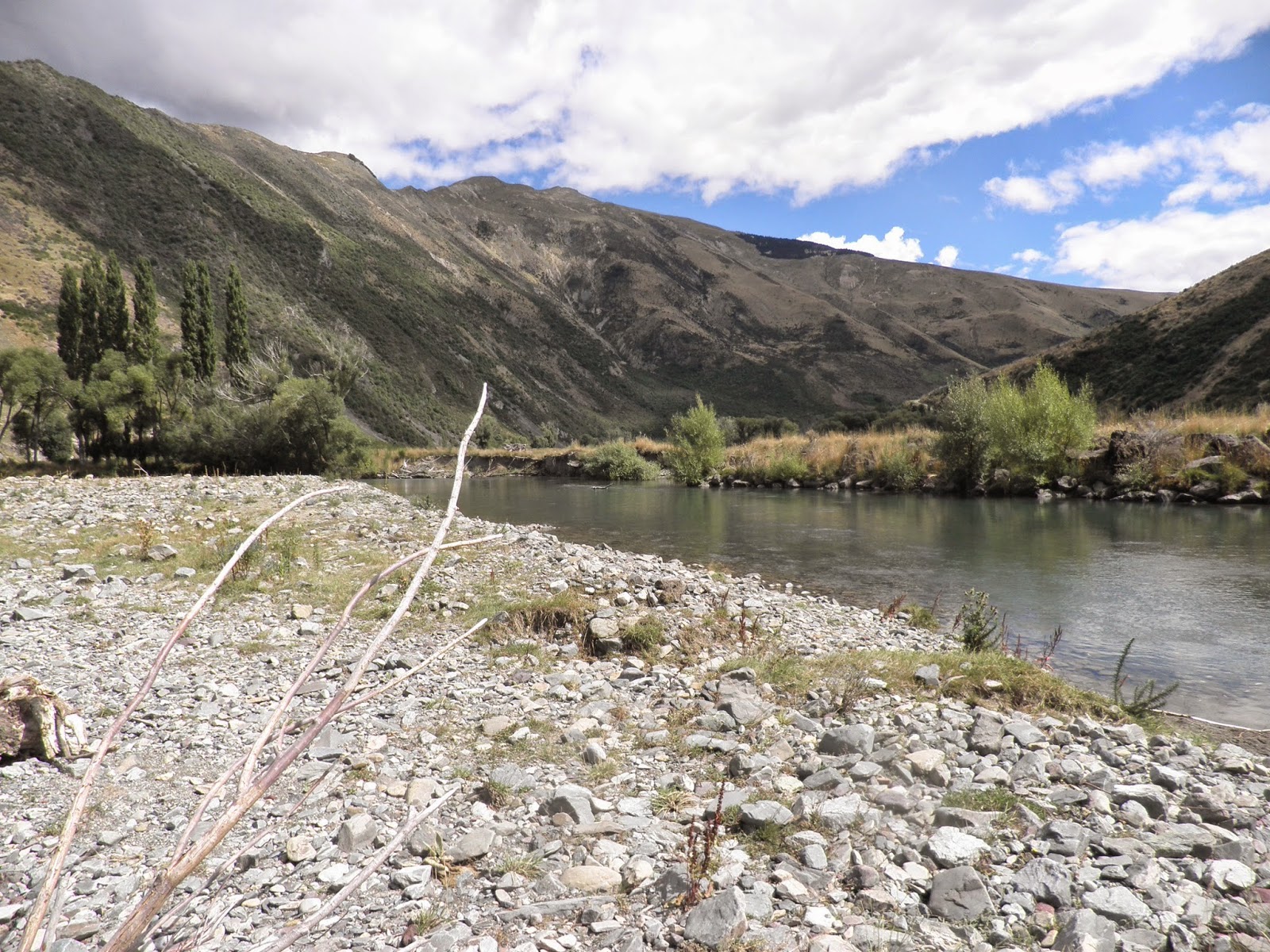 For my first hit out from my new base of Queenstown I took a drive to Athol to check out Stu Tripney's “World Famous” Fly Fishing shop and hopefully glean some local info. Stu wasn’t in and the old Scotsman behind the counter wasn't a fisherman, so I mooched around the shop and purchased some flies. Being so close to the Mataura River I decided to drive down and try it.

I stopped at a bridge and looked into the river. I spied a good sized fish holding beneath a halo of low-hanging willow fronds. It looked to be feeding and I took it as a propitious sign, but doubted I could get a cast into its difficult lie.
I moved downstream and, helped by the bright conditions, immediately spotted several other fish in the clear water. They were treating the slow flowing pool like a lake, cruising around and rising effortlessly to small somethings. I lengthened my leader by adding a few feet of 6x tippet. Several patterns were rejected before I arrived at the winner - a small red CDC mayfly pattern I had purchased at Stu’s shop a little earlier. I caught two on the pattern, weighing 3¼ and 3½lbs, before I stalked up to the fish I had seen a little earlier from the bridge. I poked my head through the willow fronds and watched it rise casually to small somethings. I inched forward to a rod length away at most and couldn’t believe the fish hadn’t noticed me while it continued to rise! With no other option available I used a bow and arrow cast and after about the sixth attempt the fish took my fly. It bolted instantly, stripping line from my reel at a furious speed. It was truly shaken from its feeding reverie, its seemingly infallible lie proving fallible. This fish weighed 3¾lbs, the largest of the trio.


To round off the session I later caught a fourth fish of 2½lbs on a yellow Humpy.
Seeing so many fish and catching four in less than two hours, even though they would be considered 'small' by New Zealand standards, was just the tonic I needed after the tough going of Reefton.
Labels: New Zealand