I travelled from Seoul to Vancouver with Philippine Airlines, along the way stopping over in downtown Manila for a long weekend. Poverty and decline were very much evident in Manila and, dare I say it, I saw little reason to ever return. It was too early in the season to do any serious fishing in Canada and my target was the state of Montana. My flight itinerary had worked out cheaper to fly to Vancouver rather than Seattle. On arrival at Vancouver's international airport, a Canadian immigration agent tested my stated reason for entry by asking me to name some fishing rivers in British Columbia. Luckily I had done my research and I was waved through without further challenge. I spent a few days exploring the lovely city of Vancouver, and then caught a bus to Seattle. Entering the United States is always an exercise of justification and a much sterner challenge. I was asked to answer several questions about why I had travelled to so many countries in the recent past and how I was funding my travels. I was the last to return to the coach bus, when we could finally make our way south to the Emerald City.
My plan was to drive east in a rental car from Seattle to Montana and make it to Spokane on the very eastern boundary of the state by the end of the day. But barely 2 hours out of the city and through the first mountain pass I arrived at the little town of Cle Elum where my rental car came skidding to a halt. What caught my attention and caused me to stop was a fly shop on the main street called Trout Water, and after popping in and buying a few flies I found myself buying a one day state fishing licence for $11.00. Shortly afterwards I found myself knee deep in the Yakima River, just off the busy Interstate-90 which I had been driving along minutes before. I had a couple of hours to see if I could catch my first Washington trout. 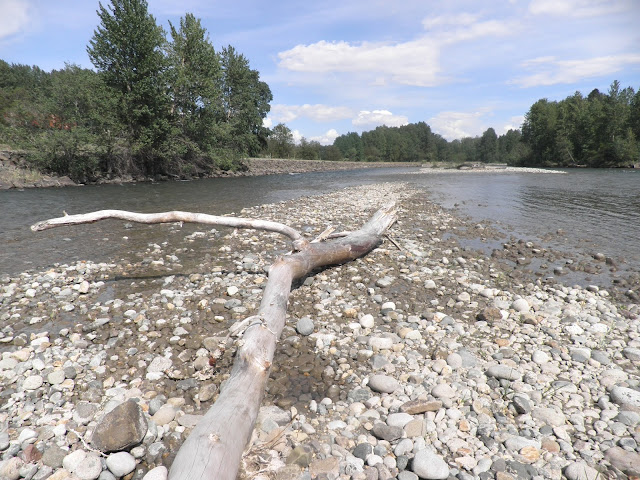 I fished up a long pool with no success, initially trying a Stimulator dry fly and then the same fly with a beadhead nymph below it. Near the head of the pool I noticed a small movement near my feet and looked down to see a collection of what looked to be either stonefly or salmonfly nymphs crawling slowly about the rocks. On to my tippet went a newly purchased #8 stonefly nymph and within a few casts my indicator bobbed beneath the surface and a strange looking fish leaped out of the water. A whitefish! It was nice to start my American sojourn with a new species on the fly. 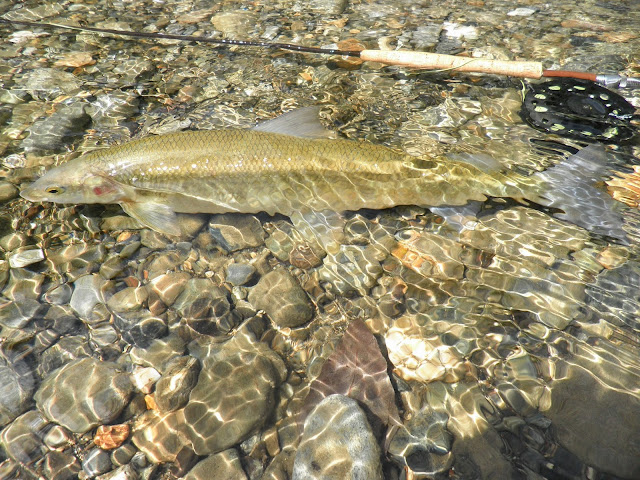 From the same pool I later caught a plump little rainbow trout on the same fly. I searched long and hard for any tell tale sign that it was my first cutthroat trout, but as hard as I looked for throat markings I couldn't discern any. I will have to wait a little longer to meet up with a cutthroat. 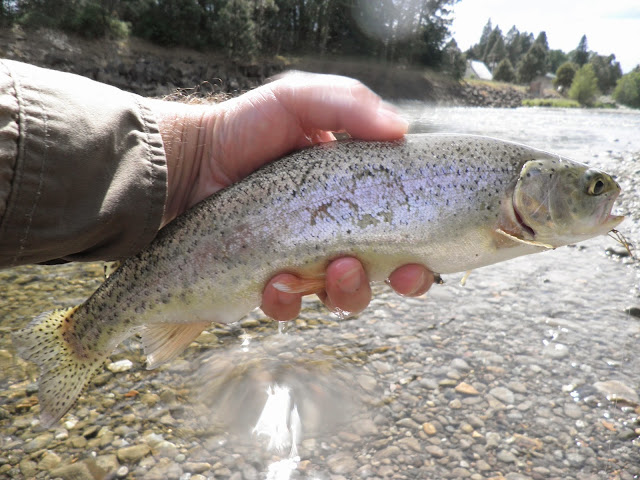 With that little itch scratched I could finally continue on my way to Montana! I've spent the past five weeks in cities. Big, boisterous cities including Auckland, Tokyo, Seoul, Manila and Vancouver. As I head east behind the wheel of a rental car, master of my own destiny, encountering mountains and forests and trout along the way, I can feel my soul being replenished by the welcoming embrace of nature.
Labels: USA