My first taste of fly fishing in Montana didn't quite go as planned. I headed out to Rock Creek, 30 miles south east of Missoula, because an attendant in a local fly shop suggested it wouldn't be as high and dirty as some of the other rivers in the area, including the famous Bitteroot. He also suggested it was possible to wade in the river. I was a little surprised then, when I first spotted the river, to see what in my books is a high, discoloured and not very easily waded river! Perhaps they have a different scale of things here in Montana or look at it first and foremost from a drift boat perspective. 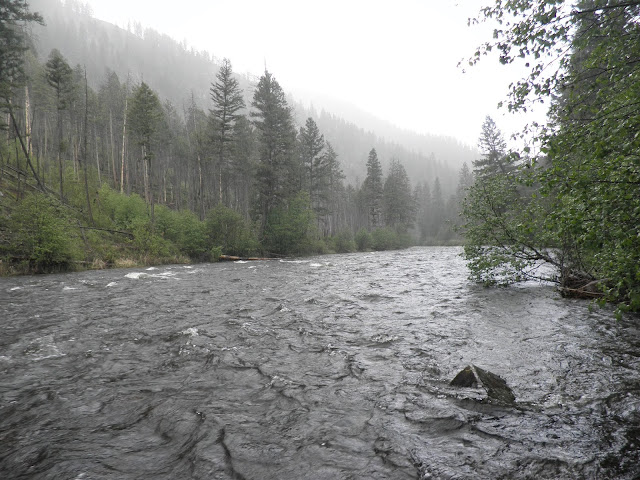 It wasn't just me being a little timid either. A couple parked up next to my car, and the man got out and inspected the river. He turned to me, shook his head regretfully, and described the river as a 'widow maker'. We spoke for a little while and before driving off, he told me that he and his wife were visiting from Seattle. 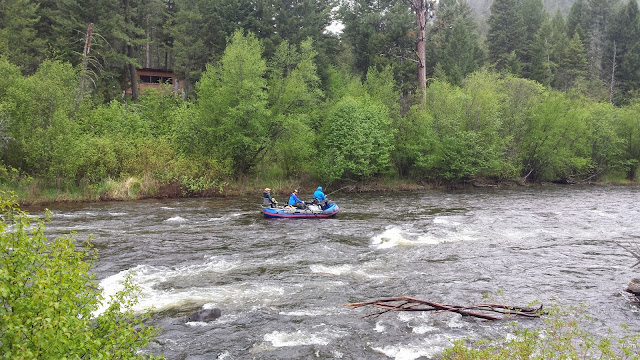 I gave it my best shot and where I could gain a foothold near the edges of the river I fished heavy nymphs through the seams, but ultimately to no avail. I wished that I had a streamer or two in my fly box. I was glad for having my raincoat with me because it rained hard for about an hour at midday, doing nothing positive for the water level. Cold, wet, fishless and hungry I eventually decided to pack it in and return to Missoula for a hot meal. 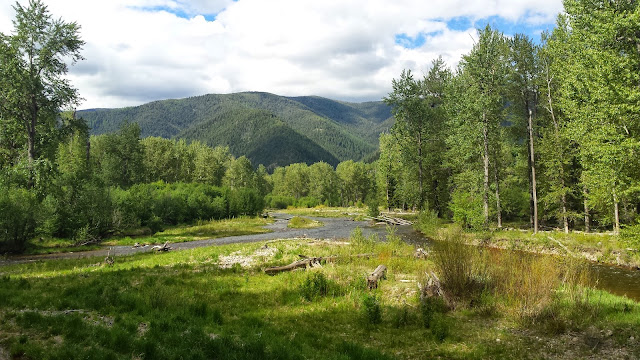 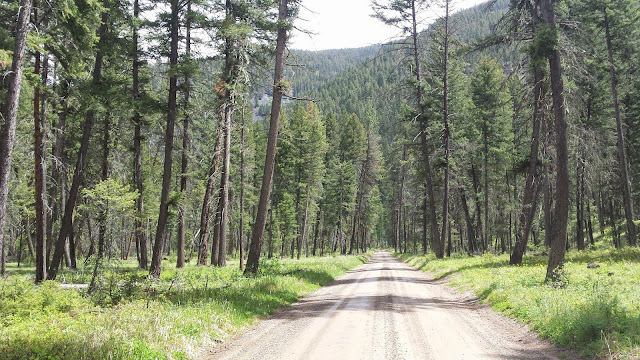 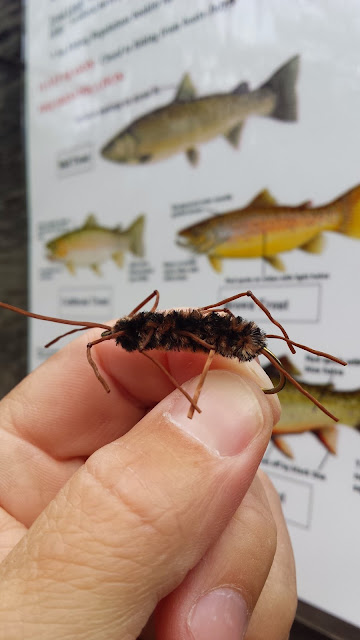 On the drive back down the valley the sun emerged and bathed the surrounding national forest in sunlight. I saw two salmonflies fluttering across the road. They are very large and hard to miss! Inspired, I parked and cast a salmonfly pattern into the water and had a cautious nibble from a small fish, which I missed, and nothing else. There were a couple of salmonflies on the water but they drifted past without being trouble. I guess it might take a few more days or weeks yet for the fish to become active.

Nevertheless it was great to simply be out in American mountain nature and to be in Montana with a fly rod in hand after a lifetime of dreaming about it. 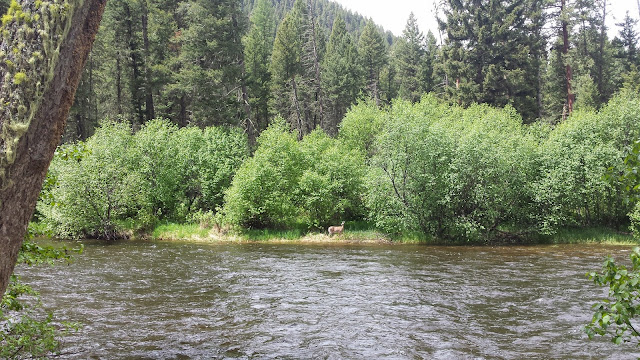 Even though I failed to catch or see a trout I was left in no doubt that I was in a place of trout. I am excited by the fishing adventures that lie in wait for me in the Big Sky Country. 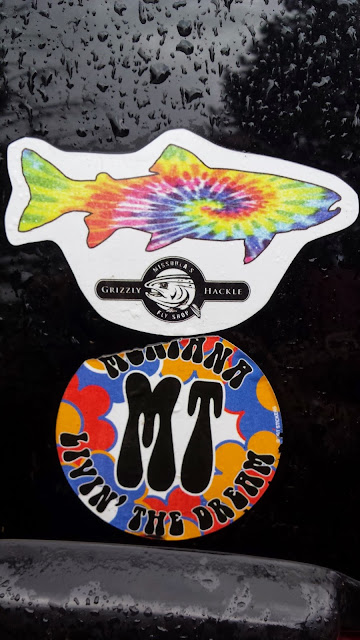 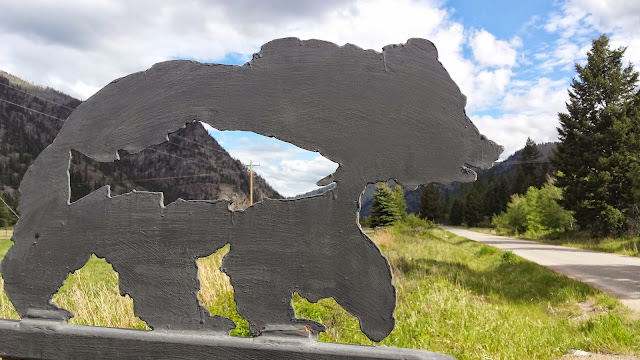 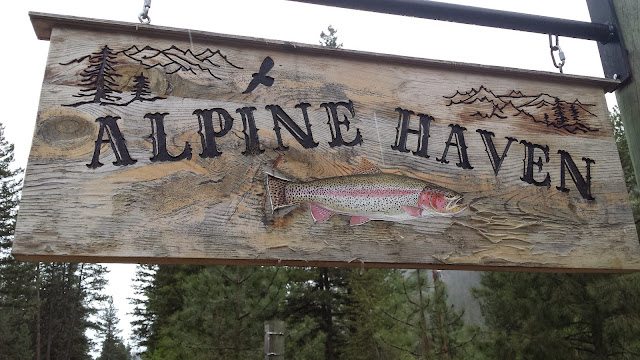 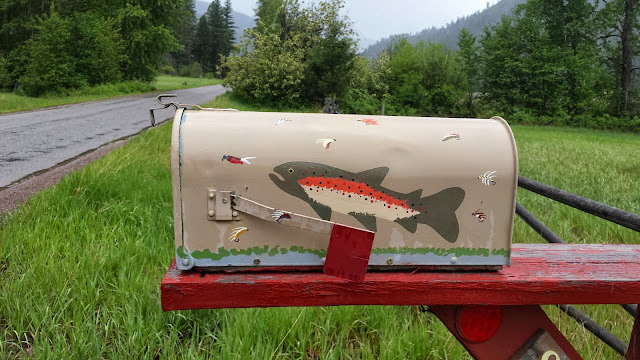 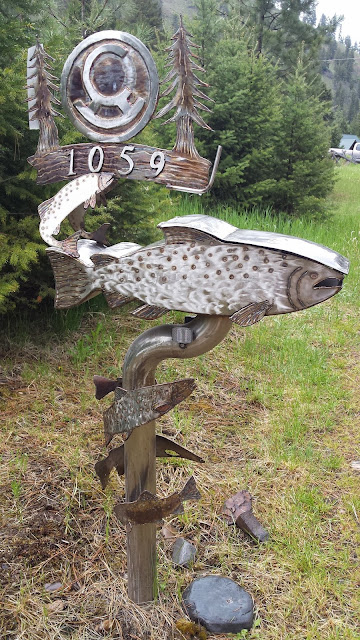