I chose to fish a small stream today and it could have been any small stream in Wales or South Africa except the fish I spooked were a little larger and the bank side obstacles different. Tall clumps of tussock (or ankle-twisters as I call them), prickly stands of thistle and impenetrable flax had to be negotiated (or circumvented) and at times it was jungle-like. This little stream has no 'reputation' that I'm aware of and I doubt many people seriously fish it. The barely discernible path along the right bank petered out roughly a kilometre from my access point and for the first time in New Zealand I felt like I was fishing near virgin water. Just a little blue line on my map and an unheard of river name emblazoned on the sign at the road bridge. 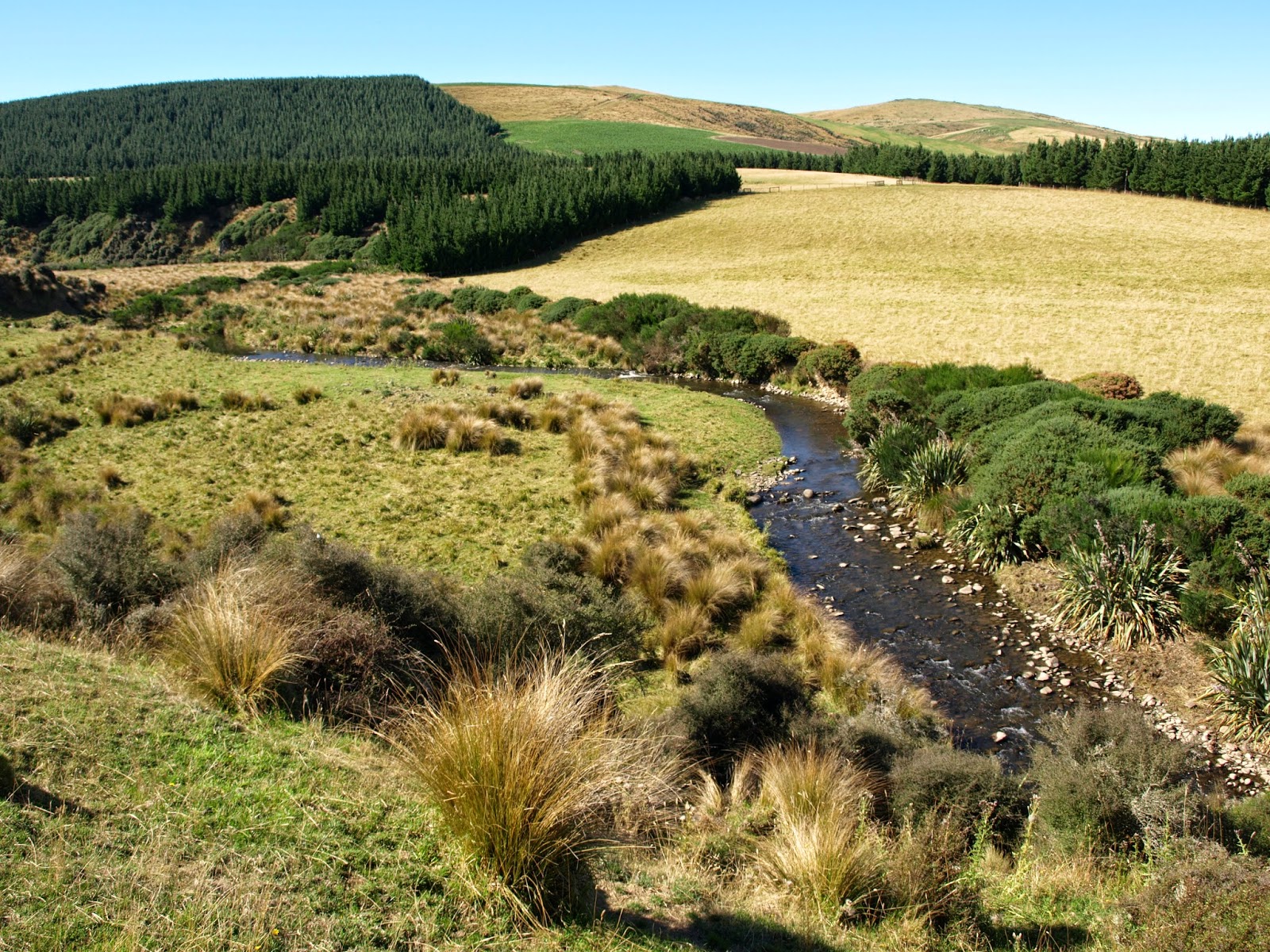 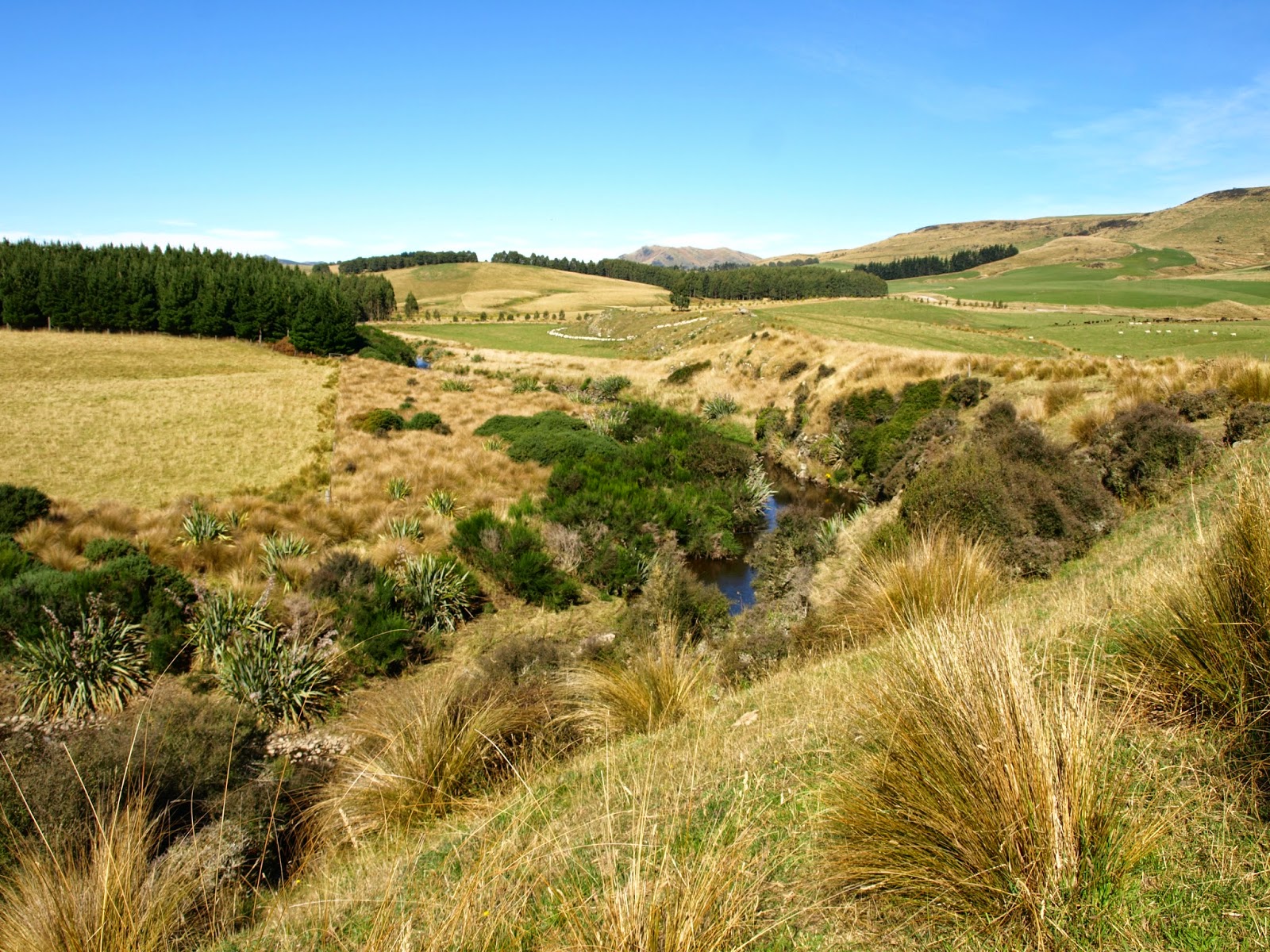 The water was discoloured after recent rains but it cleared gradually throughout the day. It meant spotting was tricky so I changed tactics and chose to walk up the river looking for rising fish. I suspect I could have caught a few more by blind fishing a nymph through the runs and pools but I wasn't in the mood for that. I would study likely looking water intently, sometimes up to ten minutes, before moving on. Generally rises were few and far between but on a handful of occasions my slow approach to a new pool was greeted by a subtle, confident rise and then my pulse would quicken. I mistimed two strikes, sending fleeing bow waves upstream, but eventually struck gold with the third. This fish was at the tail of a pool, in the margin against a cliff face. I saw it and cast and when my line landed on the water a fish tore off upstream from a spot about a metre below where I had seen the rise. I swore. The trout must have moved downstream when I was casting. I was about to reel in my line and move on when I wondered if there were two fish. It isn't very usual in New Zealand, in my limited experience, for trout to hold so close together, but I just had a hunch. I cast again and a fish - the trout I'd originally seen rise - heedlessly took the #16 yellow Humpy despite the prior commotion. It weighed 4¼ lbs and I have to say, catching a fish of this size in a small river was very exciting. It felt extra rewarding too. I guess it pays at times to depart from the big name rivers and crowds. 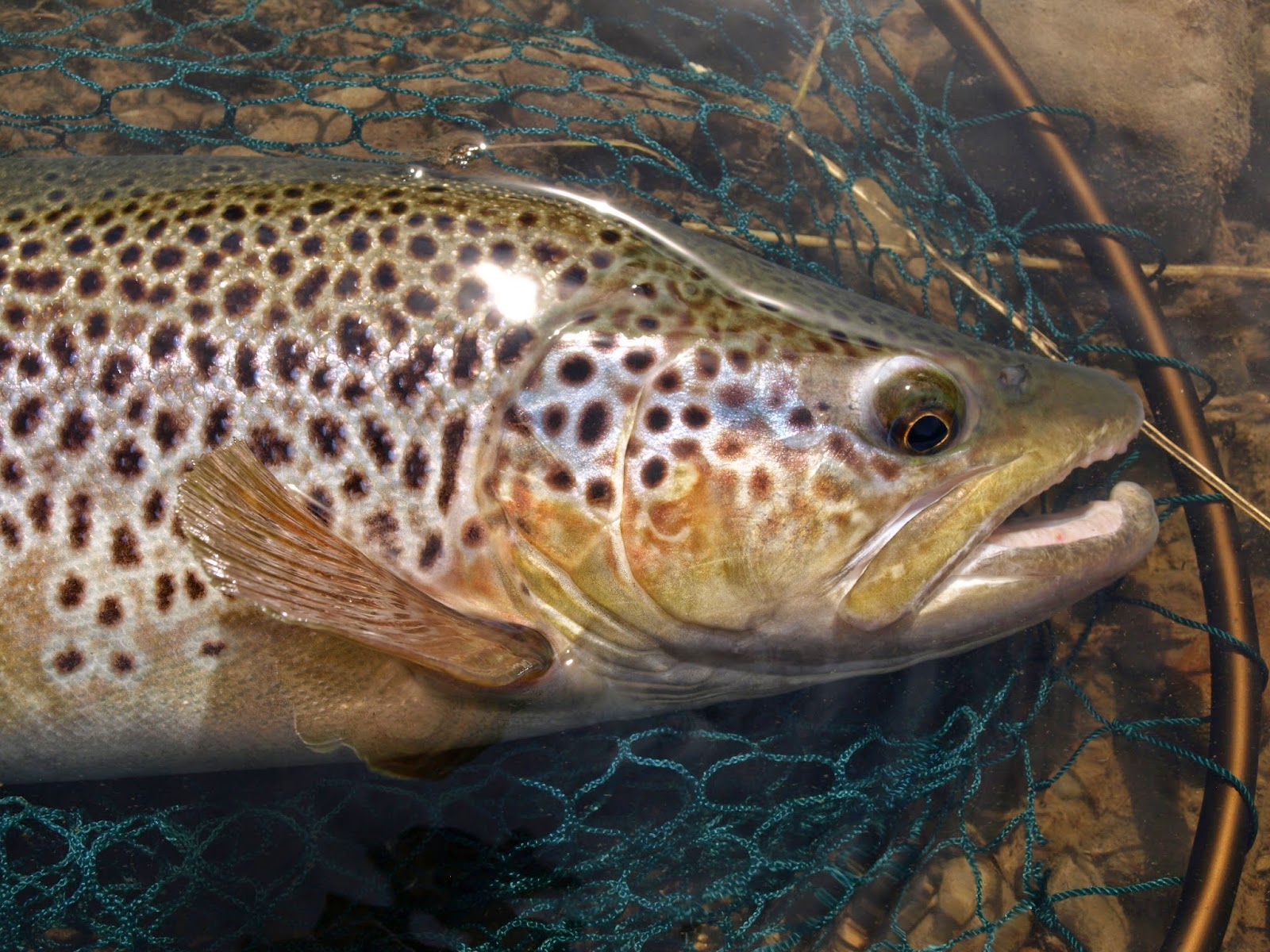