Four Seasons in an Afternoon, and a Fish

I returned for a third time to a well known Southland river and this time a light sprinkling of snow adorned one or two of the surrounding mountain tops. On more than a few occasions I had to pause and either add or remove layers as the weather shifted between sunshine and clear skies, cloud, cold gusts and rain. 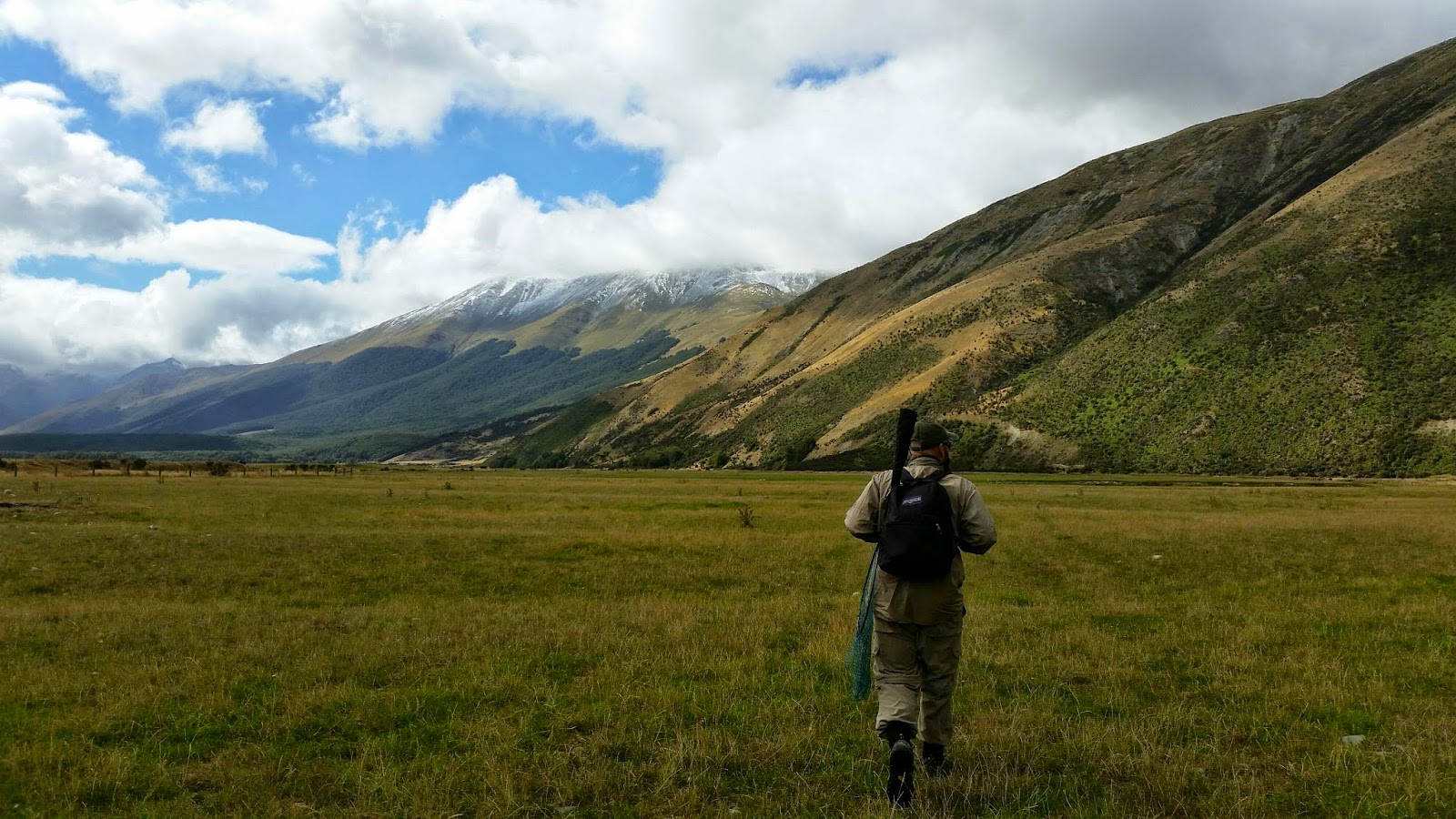 Spotting fish proved difficult in the predominantly overcast conditions but I managed to spot three in two hours. The first spooked a second after I spotted it and the second melted away into the depths sometime between me casting a Royal Wulff over its nose.
A thick cloud of rain and mist enveloped the highest snow covered peak and when it cleared some hours later the peak seemed to have been flushed clean of at least half its snow.
The third and last fish was far too preoccupied feeding in a shallow riffle of a pool tail to see me. If it hadn't have been so intent on filling its stomach it probably wouldn't have been caught - I only spotted it when it was directly adjacent with me from the bank, when most other fish would have already bolted for cover or simply ceased to feed. Instead I froze and watched it show off the white inside of its mouth as it moved and sucked in a nymph. I slunk back into a casting position and sent out a team of two nymphs to do the dirty work, and panicked a little when I couldn't locate my indicator. Just as I picked it up it in the riffle it stopped and sunk beneath the water. Instinctively I raised my rod, tightening the line, and instantly knew I had hooked the fish and not a rock or some other underwater feature. 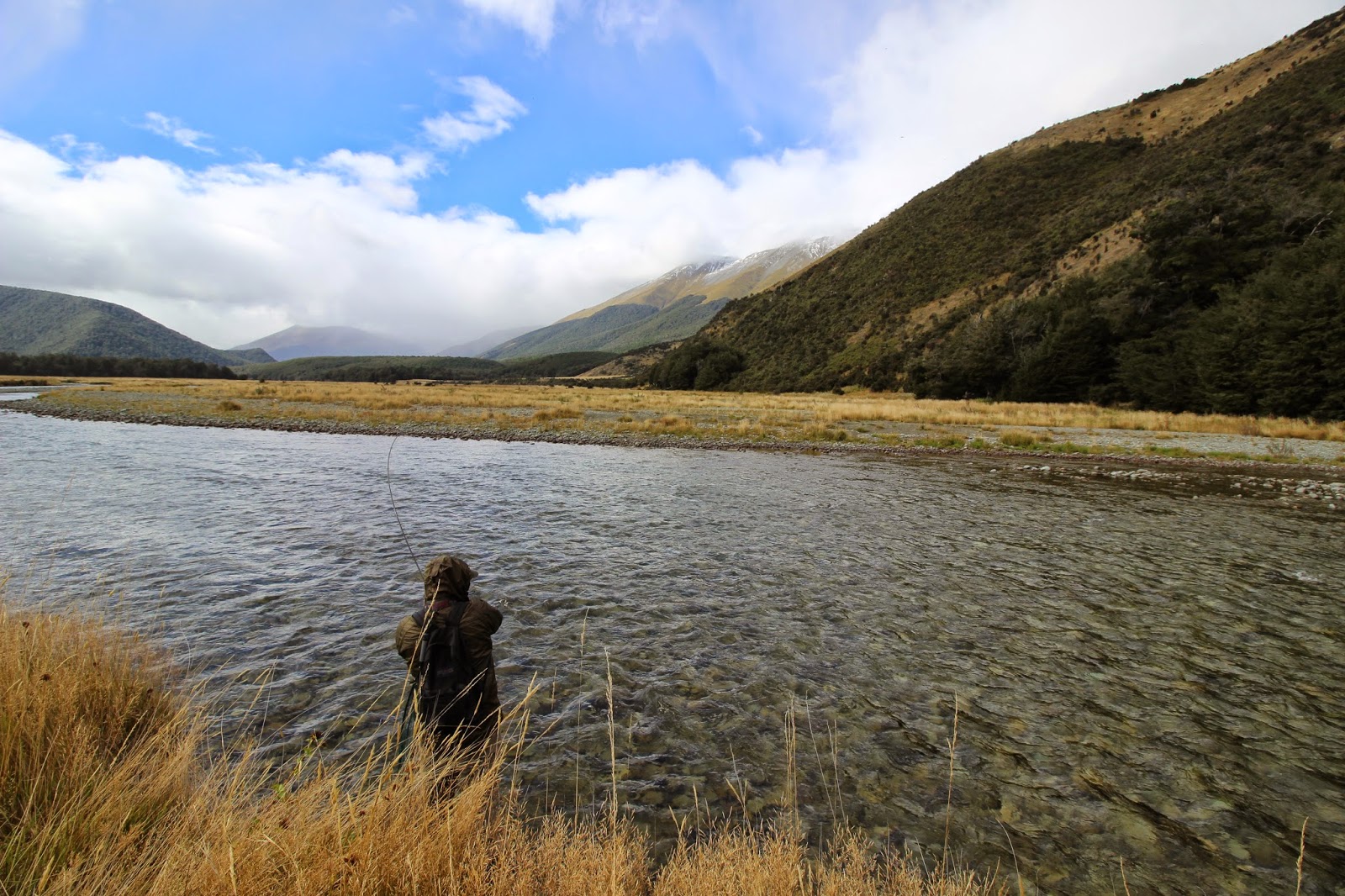 At first the fish seemed nonplussed and succumbed to the pressure of the line and I even managed to slip half of its length into the frame of my net. But when it felt the net closing in all hell broke loose. It tore off downstream, leaving me following ungainly as I negotiated the slippery stream boulders after it. Backing started to leave my reel. I found a point to exit the water and clambered up on to the high bank where the going was easier, reeling in backing and then fly line as I approached the deep pool downstream where the fish had sought refuge. The fish jumped acrobatically out of the water but then, subdued, it came quietly into the net a second time. It weighed 6¼ lbs, my personal best. I was ecstatic! This felt like a huge leap in my New Zealand experience. 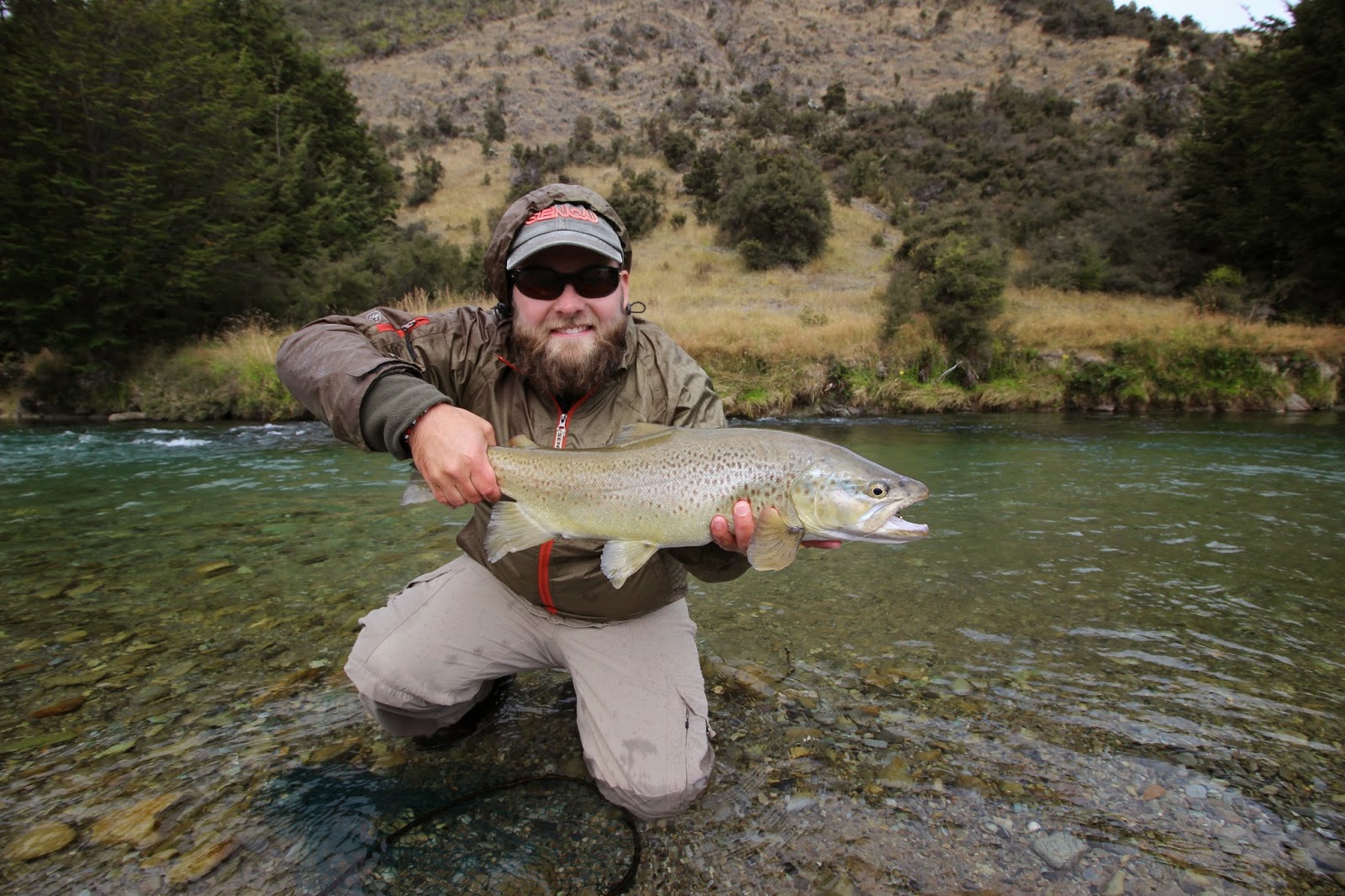 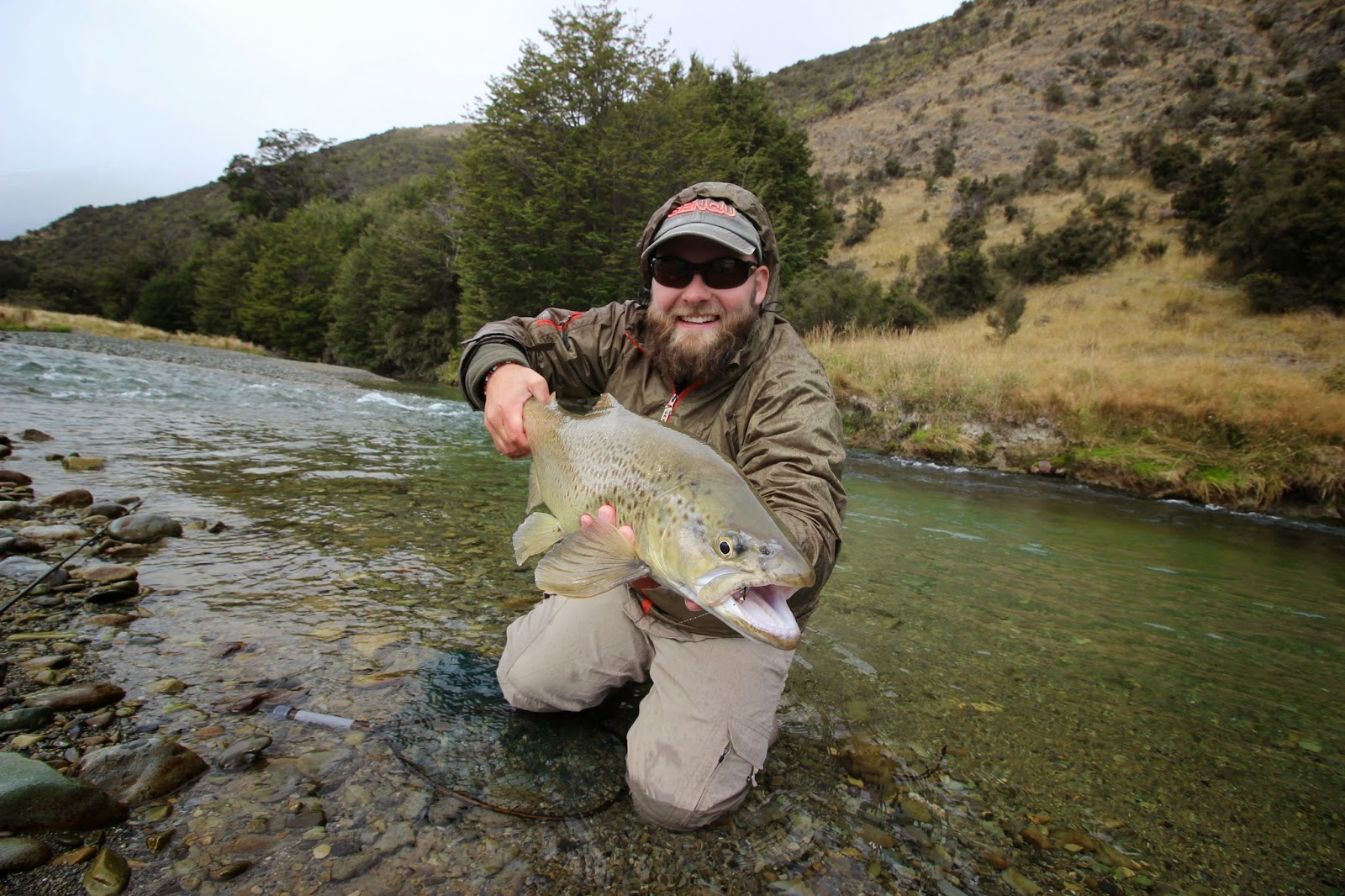