A few weeks ago I came across an impassioned plea for help from a beginner on a fishing forum. What drew my attention to Oliver's post was his mention of the River Swift in Warwickshire. I had previously identified the Swift as one of the closest trout streams to Birmingham, where I live. Thirty miles due east from Brum, in the heart of the generally troutless West Midlands region, the river had piqued my interest. On offer was a day fishing the Swift in return for giving Oliver some advice and, with a fair wind, assisting him to catch his first trout.

I met Oliver at Rugby train station and we drove to the stream. Since making our arrangements Oliver had managed to induce a large mayfly gorging trout to take his dry fly before seeing his line part and the fish disappear into the depths. Oliver was infused with excitement. Having come so close to landing his first trout on the dry fly, he was keen to return to the scene to have another go. We parked at a tiny hamlet of houses hidden behind an industrial estate and walked down to the river. Along the walk we passed a puddle in the gravel road littered with spent mayfly spinners. 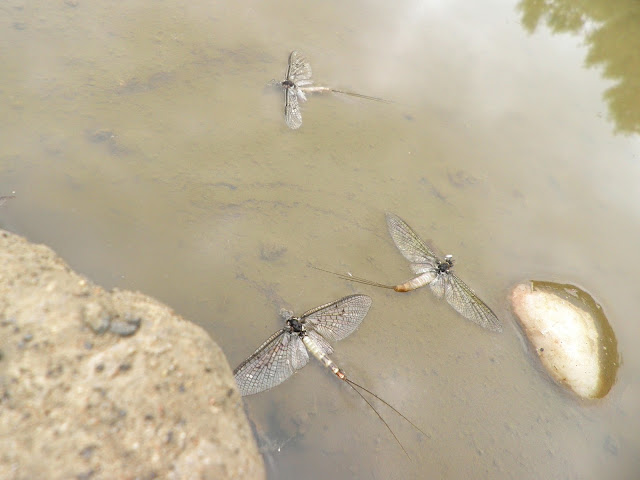 The Swift is a lowland stream with a predominantly clay bottom. At first blush it looked nothing like a trout stream, slow moving and in some places almost still. The river could not have been given a more misleading name! There was no sign of any rising fish at the spot where Oliver had hooked his trout, and no reaction to a prospective dry fly or nymph, so we walked back to the car and drove upstream to the club's waters near the church topped hill village of Churchover. We only had a few hours to fish the river because Oliver had another engagement later in the day, and my heart stopped a little when I saw here too, another slow, meandering, reed choked stretch of the river that looked perfect for coarse fish but not trout. We walked upstream a little way, seeing no fish but being followed by a herd of curious cows on the opposite bank. The pressure was firmly on to find Oliver a fish! 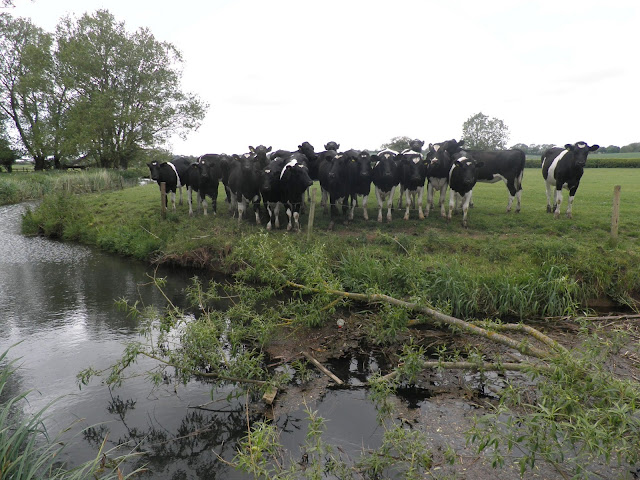 With just under an hour to go we drove to the top section of the club's waters, near the busy A5 road. We pulled over into a lay-by to peer over the bridge crossing the Swift and were encouraged by the sight of mayfly, although noted no sign of rising fish. Oliver mentioned that this section of the A5 is built on an old Roman road from Kent in the south-east, through London to Wroxeter near modern day Shrewsbury. Nearby to the Swift is High Cross, the meeting point of the two main Roman roads which connected the four corners of Britannia. I love the little bits of history that are sometimes part and parcel of fly fishing in Britain.

It was soon pretty evident that this top section of the river was vastly different to the stretches I had observed downstream. The flow is faster and there is gravel on the riverbed testament to the work put in by the club to transform this marginal trout water. Flowering ranunculus added to the aesthetic 'trouty' charm. With mayfly emerging in small numbers I felt optimistic of finally seeing a trout show itself. 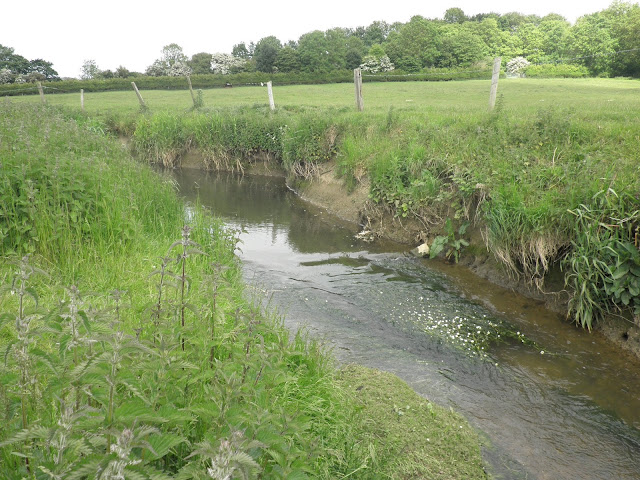 Walking downstream, it was Oliver who spotted a rise in a deep pool in a bend of the river. With some excitement, we got into position at the tail of the pool but faced straight into the teeth of a strong downstream wind which proved difficult for Oliver to cast into (as it would many fly fishermen, beginner or not). I offered to cast the line for Oliver and as I took his rod a trout rose at the very tail of the pool, no more than a few yards in front of us. At Oliver's invitation, I stealthily clambered down the bank and into the water below the pool, where I could make a cast to the fish. I flicked the mayfly pattern forward and watched as a trout duly emerged from under the weed hugging the left bank and purposefully moved two feet to take the fly. Hooked close in, the fish was soon subdued and Oliver helped me to net the fish from the bank with a telescopic net. A good number of brown trout are stocked annually into the river, and this must be the most handsome stocked trout I have yet caught.
My joy was tinged with disappointment in that it wasn't Oliver who caught it. We only had about 20 minutes of time left. We moved a few feet forward to cast further up into the pool where another fish continued to rise. With no lull in the wind I cast again and handed the rod to Oliver. Within a second of the transfer a trout engulfed the fly. Oliver set the hook like an experienced angler and played the trout masterfully. When he successfully guided the trout into the net the moment came to be - Oliver's first trout from a river and on a dry fly too! The first of many I'm sure. Well done! 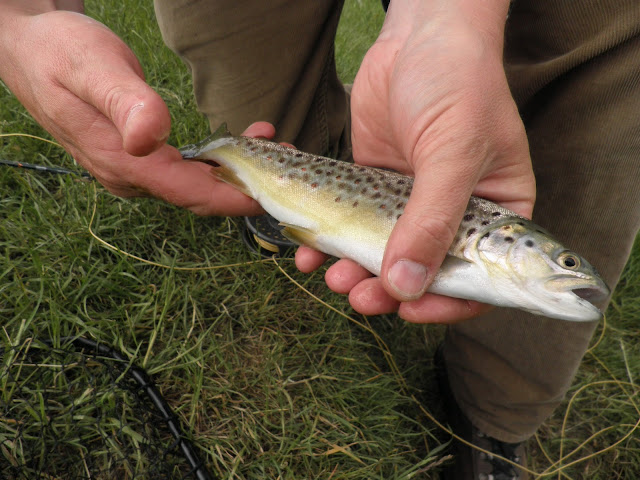