The River Bourne was the last of the four main tributaries of the Avon left for me to fish.  It was left last for a reason, I suppose, because it's generally regarded as an inferior sporting river to its neighbours. Brian Vesey-Fitzgerald, in his book 'The Hampshire Avon', published in 1950, called it "a singularly undistinguished stream". That assessment hardly got my juices flowing - but little did I know I was in for a very pleasant surprise.

'Bourne' is an Anglo Saxon word for a small stream which flows from a spring. It's a fairly common name for a river in the chalky hills of southern England and this Bourne shouldn't be confused with the much heralded Bourne in Hampshire. The latter made famous by the writing of Harry Plunket Greene is a tributary of the Test, around 25 miles due north east. 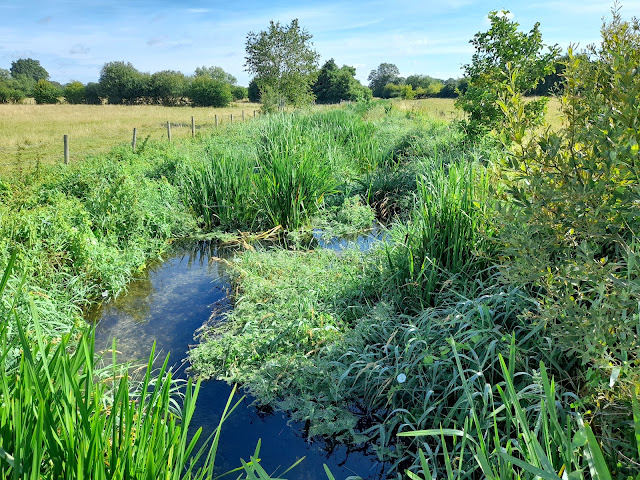 I always enjoy the drive to Wiltshire. With each passing county as I travel west, the crowds and numbers of cars diminish until I leave the main roads behind in Wiltshire, and imbibe in the rich history and mysticism of the rolling hills planted with wheat and rapeseed. Life seems to pass by much slower in the county, and road signs come to be covered in ivy without anyone paying too much attention. 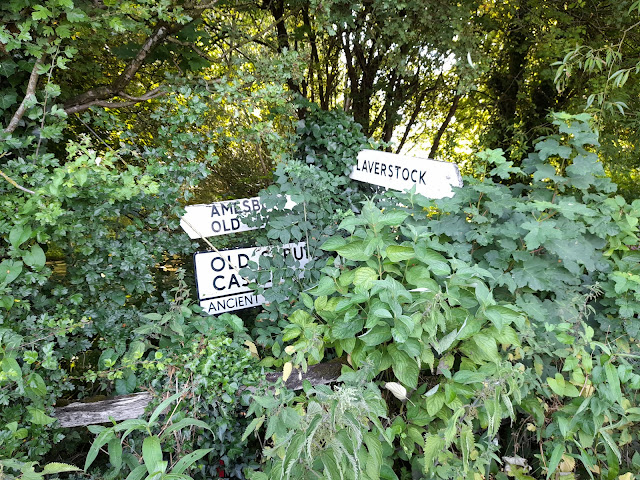 I arrived at the beat’s parking space just after 8am. Bjorn was already there, fastening his waders and tying his boot laces in a layby off a single lane track at the end of a row of charming country houses. I poured a final cup of coffee and after catching up walked around a bend in the track to view the river from a bridge. The bridge marked the upstream limit of the beat, with around 500m of the river ours for the day. The Bourne was dainty, a fact both pleasing and daunting. A small trout swayed rhythmically in shallow, clear water upstream of the bridge. I took it as a promising sign for the day ahead.

We followed a path set a field away from the river. Wheat grew on the gently sloping land on either side of the watercourse, interspersed by meadows grazed by cattle and sheep. An airfield lay beyond the fields on the true right bank and by now we had watched a light aircraft take off and land several times, ferrying skydivers. It was fun to watch the tiny specks drop at intervals from the plane and plummet earthwards before each in turn had their momentum halted somewhat jarringly by the opening of parachutes.

We’d almost walked a full 360° back to our cars before finding a way to access the river near enough to the beat’s downstream limit. The puzzle spoke of the wild, natural state of the river which had drawn us to it. Nothing was present for the convenience of anglers. Barbed wire fencing unbroken by stiles, banks without a mown path, a river uncleared of weeds. 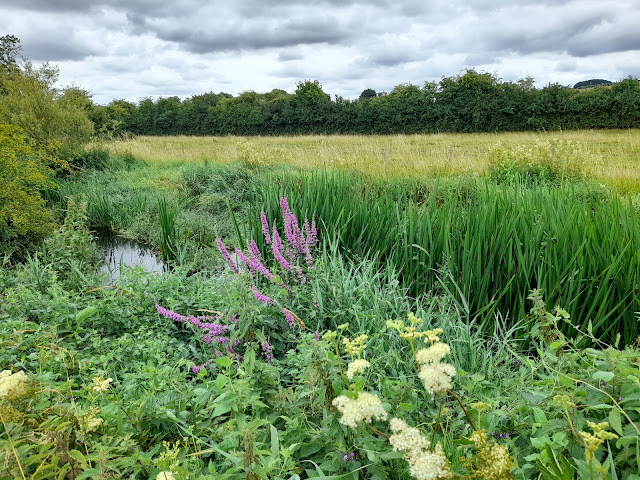 The Bourne trickled gently between reeds and luxuriant water plants, and the only apparent way to go about fishing it was to get in it and wade upriver. The water was pleasingly cold and it made me feel better about pursuing trout so soon after a record heatwave. But then chalkstreams are unlike spate rivers in that they are less prone to wild swings in volume and temperature, so I had a sense my worries were misplaced. Hemmed in tightly by tall reeds we soon spotted a trout and a shoal of chub or dace in a run no larger than a bathtub. Bjorn floated a dry fly over the fish without joy and then I moved into the jump seat with a nymph on my line. I sent the small tungsten bead fly into the pool with a bow-and-arrow cast, and just when the drift was right on the third attempt the trout took it. The fish ran like an Angus bull out of view behind the reeds when the tippet suddenly parted from my leader. It was an explosive start, but I was left to rue the loss of a very good fish for such a modest stream. 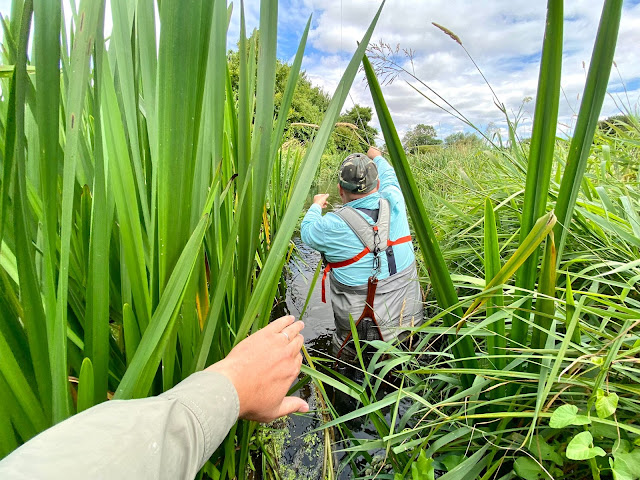 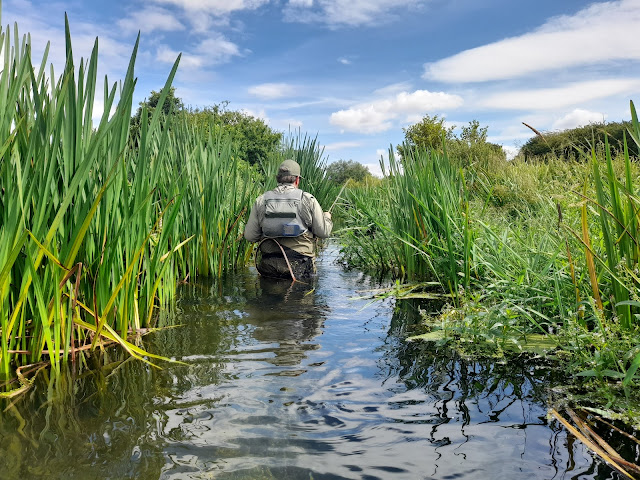 For a while we were followed by a pair of swans which wanted to overtake us. We weren’t keen on them disturbing the water ahead and our presence kept them at bay. They gulped noisily on weeds and one even gave me a sharp hiss when it came too near and found itself staring at the tip of my fly rod. Standing chest deep in a ribbon of water with a large wild bird bearing down on me came with a certain sense of vulnerability, and I had to keep looking over my shoulder, until they finally relented and were gone. 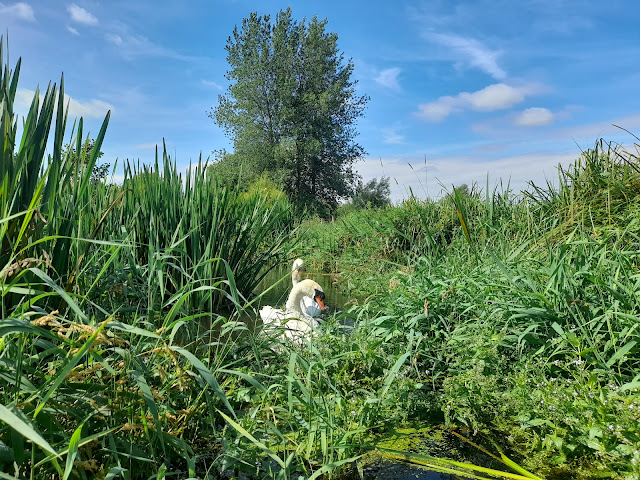 Bjorn caught a trout with a nymph and then I lost another good fish from the head of a pool which was too deep for us to wade through. Whilst the waters of the Bourne were crystal clear the deeper pools took on an eerily black appearance because the profusion of weeds slowed the current which in turn allowed silt to accumulate. 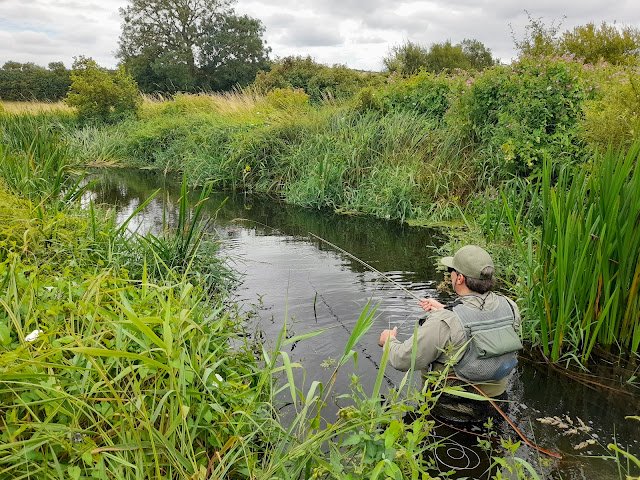 Now on the bank we approached a promising looking pool, and it was my turn to cast. I said to Bjorn that if I hooked a fish, we'd worry about how to net it then, because a stand of reeds blocked our path to the river and a boggy inlet our path upstream. “Don’t worry, I’ll net it” assured Bjorn. I aimed for the middle of the pool but an errant cast sent my nymph to the far bank where a trout took it within an instant of it plopping down. The trout fled straight into the reeds on our bank and my heart sank, because this scenario usually ends in the fishes' favour. Still, I invited Bjorn to fulfil his promise, and with alacrity! To his credit, he waded into the reeds and slowly but surely extricated the trout from the tangle of greenery whilst I maintained a pressure on the line. On a day when I felt that a single trout would be a prize, I was over the moon.

Judging where the river started and the bank ended was often difficult, thanks to much of the river flowing beneath floating plants, and on one occasion I plunged into the river with ice cold water spilling over the brim of my waders. It came as a sharp shock to the system, a lot more shocking than, say, receiving an unexpected tax bill in the post. Bjorn was there to offer a hand and rescue this wallowing buffalo from the mire. Due to the effort required the Bourne is a river best fished with a companion. 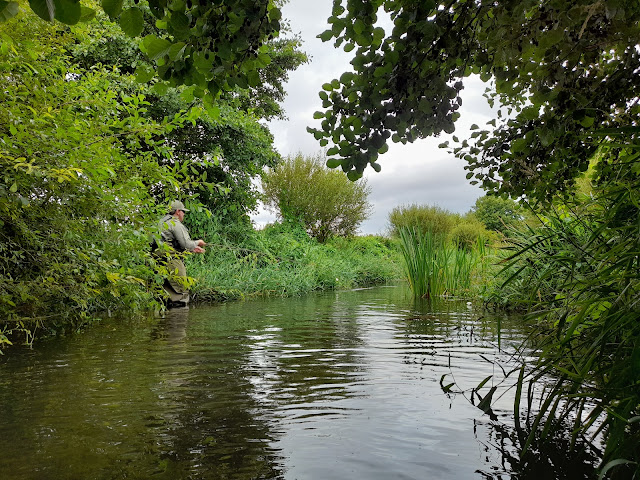 In the afternoon a bank of clouds blew in from the south west and the air temperature cooled. The fishing seemed to improve as Bjorn and I approached the top of the beat. Thinking about it, we caught the majority of our fish from four consecutive pools in the last third of the beat. We spooked a very large trout – surely a twenty inch fish – in the best of the pools where a good volume of water poured in from an outlet pipe (I'd later learn it was from a sewage treatment works two fields away). We wondered if it was the fish which had snapped Bjorn’s tippet a few moments before. It was from this pool that I landed the best trout of the day.

Bjorn had an engagement to attend in the evening and we left at 4pm. We'd done much better than we expected, me finishing with a tally of 8 trout, and Bjorn with 5 trout and a grayling.

It was a thoroughly enjoyable day. Along with Bjorn's good company, a large part of my enjoyment was down to it being unique in my experience of fishing chalkstreams, simply because the Bourne is left so satisfyingly untended. It's rather cliched but the river took a good effort to fish and that boosted our sense of reward. The Bourne's trout were noticeably naïve and I doubt they see many artificial flies in a season.

Mr Vesey-Fitzgerald reached his own opinion of the Bourne in 1950, but I think it does the river an injustice. I found the Bourne to be an intriguing, hidden gem worthy of a second visit. Had someone with the literary talent of a Plunket Greene adopted this Bourne in a bygone era, we'd certainly view it more romantically today.