I left the campground at Myrtle Bank for the final time and drove to the South Esk river. From the descriptions in Greg French's guide book, I decided to try the stretch of river above the bridge on the Evercreech Road, downstream of the settlement of Mathinna.

The road was gravel for much of the way and followed a winding mountain pass through dense forests. For a seemingly isolated road it was a veritable highway for logging trucks piled high with lumber. They travelled at thunderous speeds along the narrow road and I'd often see billowing clouds of dust long before the trucks. The advance warning was welcome because the rigs paid scant regard to my sedan. I wouldn't have wanted to encounter one around a blind bend in the road.

The change in weather was fantastically invigorating. There was only the slightest breeze and the temperature was warm. Indeed, it was the first time this trip that I had to fetch out and apply sun cream.

The river ran clear over a gravel bed and in places it was wadeable. Elsewhere there were great big pools which were too deep to wade, and I had to exit the river and skirt around them through the bush. At one such pool the river had eroded some way into the land leaving a high bank, which collapsed when I walked on it. The feeling of the ground suddenly giving away beneath my feet was a very disconcerting sensation! Fortunately it wasn't too far a drop and a thicket of brambles broke my fall. I spent a while extricating bramble thorns from the palms of my hands but I didn't mind too much, because I'd somehow managed to avoid falling on and breaking my rod. 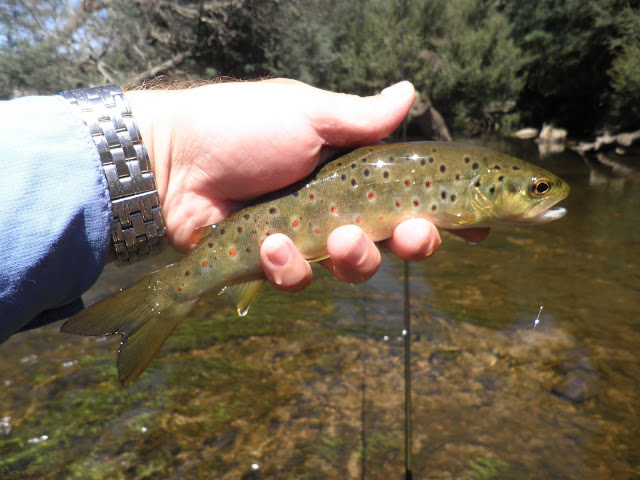 Not long after starting I caught a small trout with a parachute Adams and then lost another from the same pool. With that start the fishing threatened to be good, to match the excellent summer weather, but it never truly took off. In the main, I think it was because I used up my only spool of 6x tippet very early on in the day. The river's clear water allowed me to see my dry flies being rejected time and again and I rued the fact that I carried no other fine tippet with me. I changed tactics to a nymph and enjoyed a better run of fortune, catching a further four trout (the best was around 13"). The successful fly was a 'Mary', a pheasant tail nymph with a few turns of hare's ear at the thorax. 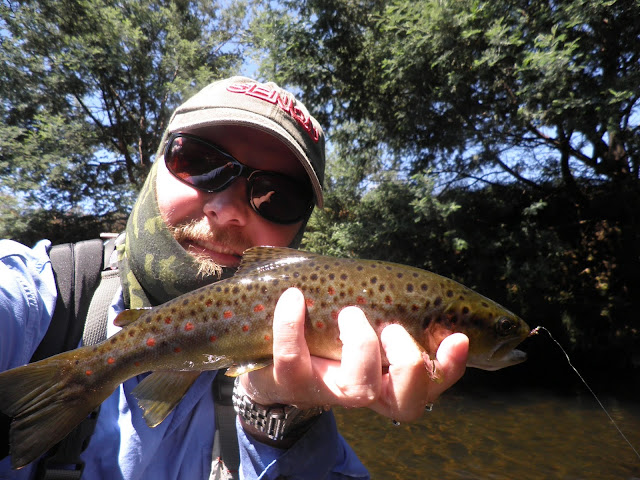 I managed to tempt a final - sixth - trout with a Royal Wulff, rounding off my day with a pleasing dry fly capture. 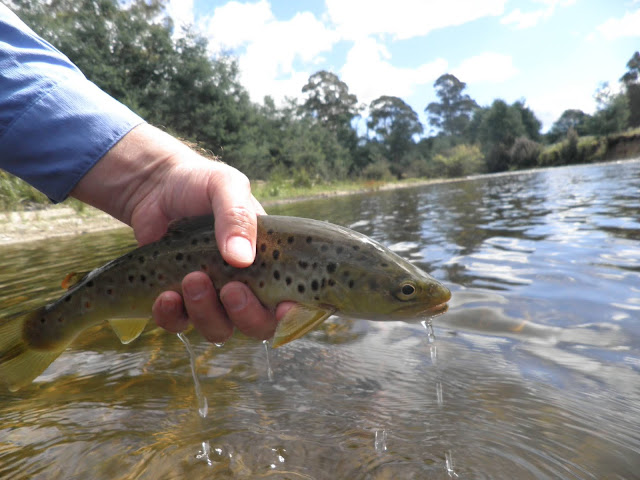 As this was the first day of summer heat during my trip, it didn't come as a surprise that I encountered my first snake of the trip. I was following a dirt track back to my car in the late afternoon when I saw the menacingly black Tiger snake, which can be lethally venomous to humans. I watched it with morbid fascination until it slunk silently into the bush. All day I had been crashing about in the bush and clambering over huge piles of rocks and fallen trees without a care in the world - ideal snake habitat - and the thought gave me the heebie-jeebies. 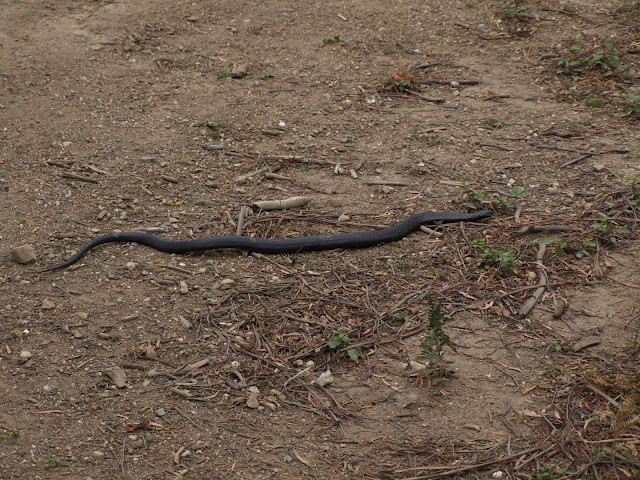 I camped at the nearby Griffin Park campground on the banks of the South Esk. The campsite was relatively empty, with only a campervan and a caravan parked in the grounds. I made a fire as the evening fell and then gazed at the prominent stars in the clear night sky. The soothing sounds of the burbling river and wood crackling in the fire were all that intruded upon my thoughts. I was deeply fulfilled. Sleep came easily in the clear mountain air - but only after ensuring that my tent was securely sealed from slithering reptiles. 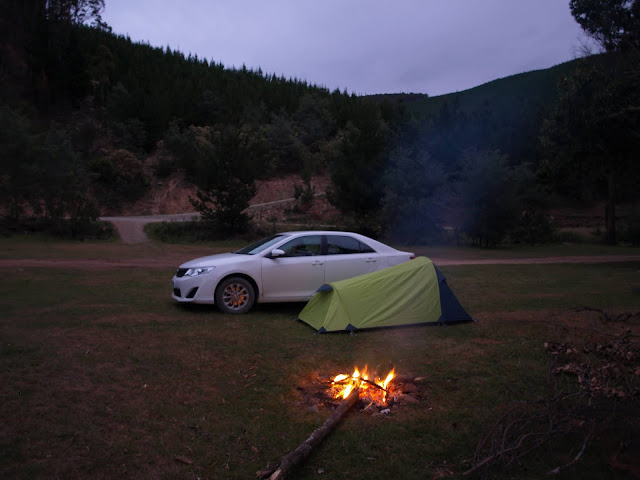