I returned on Friday evening for my second visit. The car park was vacant and once again I had the river all to myself. I walked upriver to the pool where had I left off on my prior visit, stopping to watch the water along the way, but didn't see any rises. 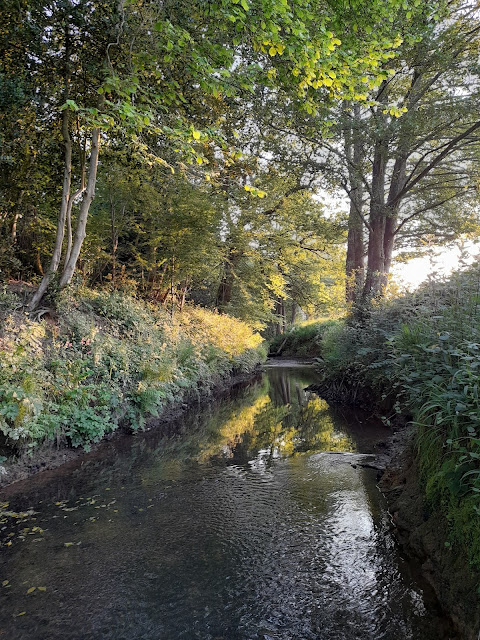 Something was in the air, for the trout were far less accommodating on this occasion. The river appeared a tad lower and clearer. It hasn't rained this week. I did encounter a handful of rising trout as the evening wore on but my imitation bore no fruit. I really must replenish my stock of Fuller's earth because my fine tippet stood out starkly on the water's surface, the way a spider's web is evident after rain. Little surprise then that the solitary trout I did fool - a lovely wild little trout - was taken from a run with fractionally more gradient and a swifter current. It would've had less time to notice the red flags. It was a silver fish and I wondered if it was smolting. 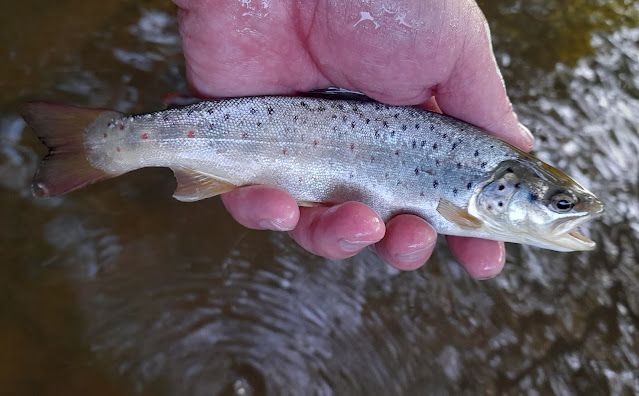 The river gradually grew narrower as I went upstream. I sacrificed more flies than normal to the trees and realised that I wasn't fishing very well. A large oak tree fell down last winter and its denuded trunk now lies permanently across the river. A trout was rising consistently about 3 metres in front of the oak, millimetres from the left bank. It was holding just upstream of a tree stump now covered in ivy which protruded from the bank. It was an impossible lie to cast to, compounded by the oak trunk over my head, and I spent far too long on the challenge. One heavy snag in the ivy and it was all over. In these short evening sessions, I must learn to pick my battles better. The oak now serves as a natural bridge and I watched a pheasant hen attempt to walk across it, getting a third of the way before seeing me and erupting in panicked flight. I wondered why it just didn't fly in the first place.

I stayed a little longer this time, hoping the dark might conceal my tippet. I think I almost reached the upper limit of the club's waters, perhaps only a bend away, when dusk started to turn to night. I'll find out on my next visit. I memorised the places where I saw trout rising for future visits. As I walked back downriver to the car, a heron took flight from the river channel almost beneath my feet. That was an unexpected shock! I'm enjoying the extra time in nature so close to home. 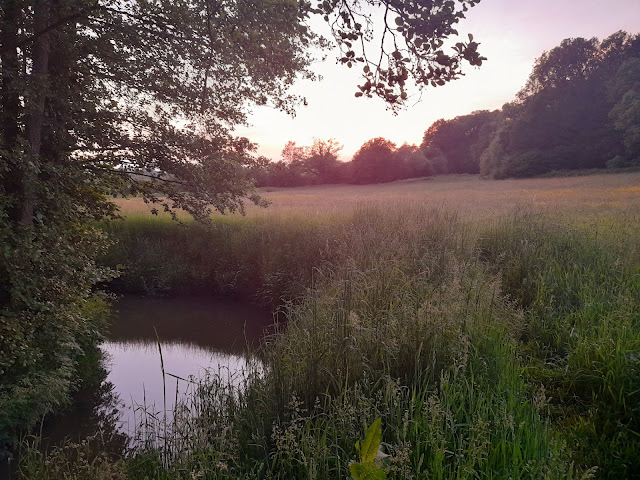