There Arun't Any Trout Here!

A little while ago I came across a reference to the diary of Dr John Burton, written in 1751. He visited Horsham, which he described in generally positive terms, calling it "the metropolis of all in the Weald of Anderida, ancient and populous." He noted the presence of the County Gaol, Assize courts and the weekly market where he witnessed London traders buying many thousands of chickens. He also commented on the 'famous' Horsham stone, split and used for house tiles, but thought the road to Horsham 'most abominable'. What made me sit up and take interest was his mention of the "thriving trout in the River Arun". A lot must have changed in 270 years because the Arun is no longer known to have resident trout in its upper reaches (or so all my local enquiries have suggested). But then I also found a rather tantalising statement about the River Arun on a fishing website: "...it is rumoured there are brown trout in its upper reaches." I went looking today. 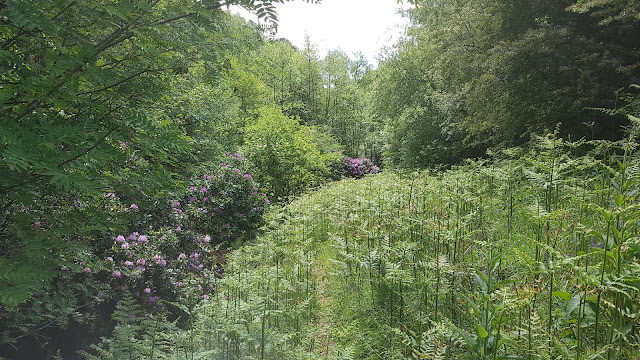 Before you get your hopes up, this post doesn't have a happy ending. I haven't yet found any trout in the Arun or its headwaters. Today was spent in the cool, damp, green spaces of one of the series of small streams which form the Arun's source to the east of Horsham, peering into the diminutive water and prospecting with a fly. It was a pretty place. Bluebells grew in the shade amidst profuse swathes of lilac blooming rhododendron. This was not classic trout water though. The water was coloured brown and slow flowing. Pleasingly, there were fish in one or two pockets of deeper water, evident by their splashy rises. That answered my first question, but I couldn't tell if they were trout. 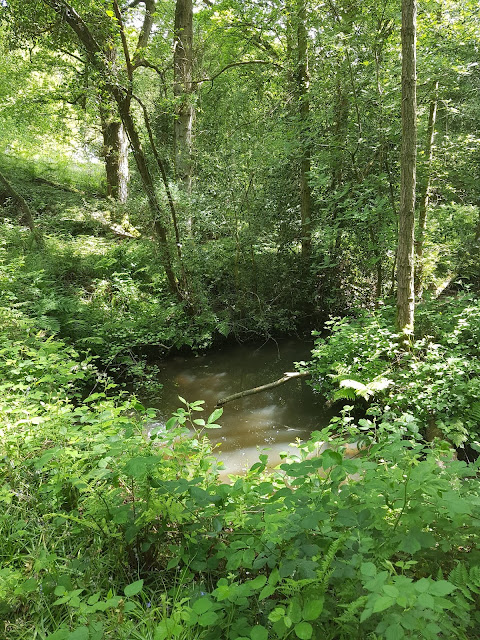 I had visited this stream in the winter, when the undergrowth allowed for better exploration. There was more water then and it had run a little clearer which probably gave me a false sense of hope. I was disappointed by the trickle of water I saw now. On my previous visit I had found and marked a pool which looked to have potential and I returned to it today. At least here there was still a volume of water sufficient to hide a secret surprise. I watched the water for a while, eating a sandwich, and eventually a fish rose, and then another. I could tell they were small, and when I cast my dry fly into the brown soup the fish were eager and willing but too small to take the fly.  I changed to the smallest nymph in my box and I did manage to hook a fish for a second or two. When I lifted the rod into the 'strike' the fish briefly lifted from the water, the length of my thumb and a blur of yellow, before the line slackened and it dropped back into the water with a miniature splash. Who knows what it was, but if I had to bet on it, I would say it was a chub. With a little disappointment I chalked this stream off my list of prospects. 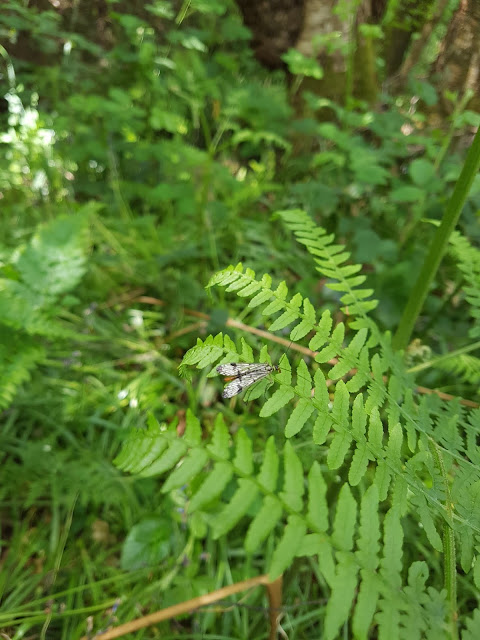 I spotted an unusual flying insect in the damp, shady habitat next to the stream, and when it settled I took a snap. After a bit of googling, I think it might be a scorpion fly, a species I had never heard of before. The day was not completely wasted. I have since learned that scorpion flies are scavengers, eating the bodies of dead insects and animals. A little way up the path I came across the sad sight of a recently dead fox, its head covered by several flies. Perhaps it wasn't a coincidence seeing a scorpion fly. 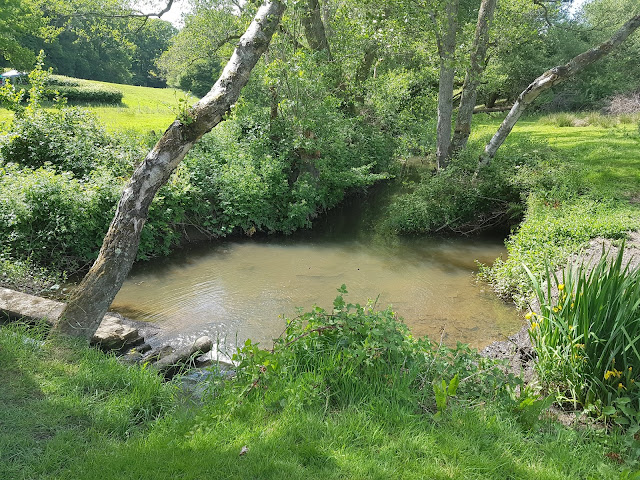 On the way home I drove over the upper reaches of the Arun proper. I stopped to peer over the bridge and into the sedately flowing water. It's incredible to think that this eventually becomes one of the fastest flowing rivers in all of England. I thought I spied a trout in the murky water but it turned out to be a chub. I took a quick snap and swiftly released it, conscious that coarse species are presently out of season. 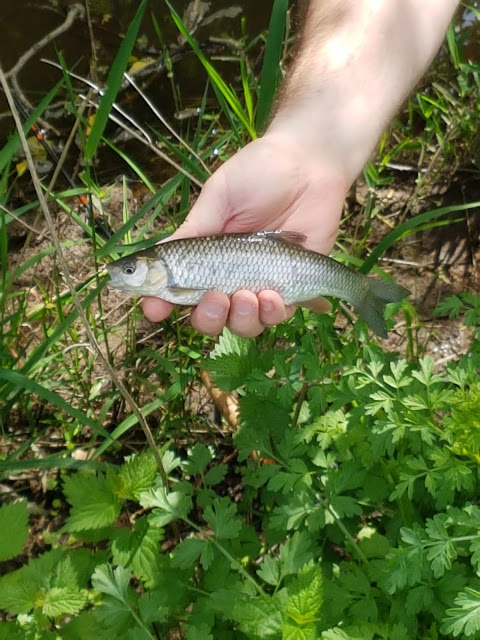 In the field over the road were four deer, grazing nonchalantly. But for its lack of trout, Sussex truly is a pristine and quintessentially English county. My quest for local trout will continue. I would like to think that somewhere, close to home, a stream has eroded the clay to expose a rocky layer, where gravel might briefly proliferate, the water run clear, and a few hardy trout may just eke out an existence. The stuff of dreams. 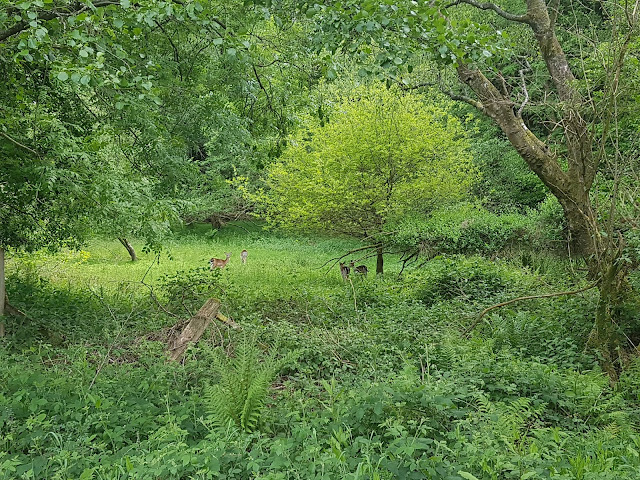