I decided to include Japan in my travels because of its unusual salmonid species, which I first read about in James Prosek's seminal book 'Trout of the World'. In and amongst lots of sightseeing I hoped to catch three of these species during my two week stay in the country. The first two were salmon in the Pacific dwelling Oncorhynchus genus - Yamame (cherry salmon) and Amago (the red-spotted cherry salmon). The third was a char known in Japan as Iwana (the white-spotted char). All three were described so vividly in Prosek's book.
These fish do not grow to huge proportions, in fact a 10 inch specimen would be considered a trophy. Arriving from New Zealand therefore required a small change of mindset. Gone were the hulking 10lb brown trout of the South Island which flaunted their enormous mass in plain view. Instead, the challenge shifted to finding and catching each of these three unique and foreign looking fish from an equally unique and foreign land. I treasure catching new salmonid species on the fly so I had long looked forward to the altogether different rewards offered by Japan.
Reflections on visiting Japan
Japan has been a wonderful country to visit. It is so different to anywhere else that I have been. Past centuries of suspicion of all things non Japanese, and a tight present day control over immigration has seen the country retain a strong sense of national identity and homogeneity. There simply is no choice but to fully immerse oneself in Japanese culture or, if reluctant, to be fully immersed whether you want to or not! The food is great, presenting a minefield of discovery in a country with a low level of English language proficiency - often I had to choose something at random from a Japanese menu or point to a photo without knowing what it was. The only time I regretted this was when I was presented with and ate sea urchin roe, which was rather unpleasant. Entering every restaurant or shop is greeted by a hearty shout of irasshaimase! ('welcome'). Hospitable, polite and deeply proud of their nation and traditions is how I would describe Japanese people.
And what a polite nation! Incredibly I can’t recall having heard a single argument or public disturbance since I've been here! Everyone here bows at each other at the slightest excuse and I’m hoping I can kick the habit when I leave or else be thought of as a little odd in the western hemisphere. I'll provide just one example of the many that I encountered to illustrate the polite respect that the Japanese imbue. I walked along a path in a park where a worker was using a weed trimmer to cut grass. Two other workers walked in time with him, holding a mesh net between the trimmer and path to prevent debris striking any passerby. If this wasn't enough of a precaution, as I approached, one of them blew a sharp note on a whistle and the weed trimmer was switched off. After I passed a safe distance another short blast on the whistle sounded and the weed trimmer kicked back into action. It’s hard to imagine where else in the world such thought and care to the public would be given to this menial task.
Red Spotted Cherry Salmon
Both Yamame and Amago exist in anadramous and landlocked forms. The name 'Amago' is derived from the words "ame" (rain) and "go" (child), or "rain child", a nod to when the sea run form enters and ascends the rivers from the sea at the start of the rainy season in May. This is also when the famous cherry trees are in bloom, hence the name 'cherry salmon'.
The easiest way to tell Amago and Yamame apart is by the colour of their spots. Amago have red and black spots whilst Yamame only have black spots. According to Prosek the Amago is the only fish of the genus Oncorhynchus to have red spots.
The native ranges of the Yamame and Amago are distinct and, as far as I know, do not overlap. Amago are found only in southern Japan, inhabiting a much smaller range in the east-flowing rivers of Honshu, Shikoku and Kyushu which drain into the Pacific Ocean. Yamame are far more widespread, happily existing in the rivers which flow west into the Sea of Japan, and are also found across the sea in the Korean peninsular and Russia. It would therefore take two separate fishing trips to dust both from my species list. I decided to concentrate on Amago first.
Finding Amago
Through a bit of good fortune I stumbled on the website of the Tokyo Fly Fishing and Country Club and linked up with chairman Ed Yoshida. After meeting Ed, joining the club and discussing fishing over an all-you-can-eat BBQ meal we hatched a plan to spend a day fishing for Amago in the Izu Peninsular only 150km south-west of Tokyo. I’m indebted to Ed for taking the trouble to assist me in my pursuit of this fish. It even turned out to be a real man bonding trip of sorts - a late night drive from Tokyo to the town of Ito in the peninsular, a couple of beers on arrival, an overnight sleep in Ed’s car in a parking lot at the town docks (with a 24hr Seven Eleven nearby to cater for all our needs), an early start to fish a mountain stream, a traditional cold soba noodle and tempura lunch finished off by a visit to the main local attraction, the ‘Museum of Dodgy’ (a museum of sex artefacts). Due to time constraints I had to decline Ed’s kind offer of getting naked and relaxing at a Japanese onsen (hot baths) which it must be added is a very traditional and customary way for Japanese to spend their time relaxing. So thanks Ed, for a truly Japanese experience. 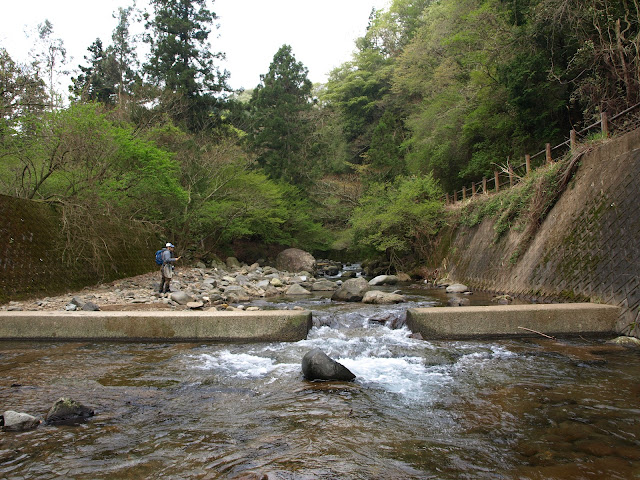 I had mentioned to Ed that I preferred to catch wild fish if possible. I’d come to realise that the needs of Tokyo’s fly fishing hordes are satiated by a widespread stocking policy. Ed obliged by taking me to the very upper reaches of a river which drained the eastern flank of the mountainous peninsular. It was a tumbling fall of water in a remote location in the mountains, high above the built up towns on the shore and lower slopes. Crucially, no stocking occurs this far up the river. It was a tiny river, but every now and again a pool of some substance was created by a concrete weir. Ed explained that almost all of Japan’s streams and rivers have been altered by man’s hand and tons of concrete. Sadly, it means that most of the cherry salmon found today are of the landlocked variety. If you ever do visit Japan for fishing, bear in mind that whilst its rivers are set in mountains and forests of stunning natural beauty, the vast majority of them are largely manipulated and unnatural constructs. In a way, that provides them with a special charm. And they do harbour delicate and unique fish of enormous beauty.


With some hard work and stealth, for they are famously shy, I found wild Amago in this stream. I enticed three to take my fly, which was a wide hackled South African dry fly, the R.A.B. None were longer than six or seven inches, so no trophies, but that didn't matter a jot. They were beautiful little fish with very distinctive parr marks, like sun ripened olives, and it was an enormous pleasure to catch them. Many other Amago made an attempt to swallow my R.A.B. but most were too small to trouble the sharp end of the hook. 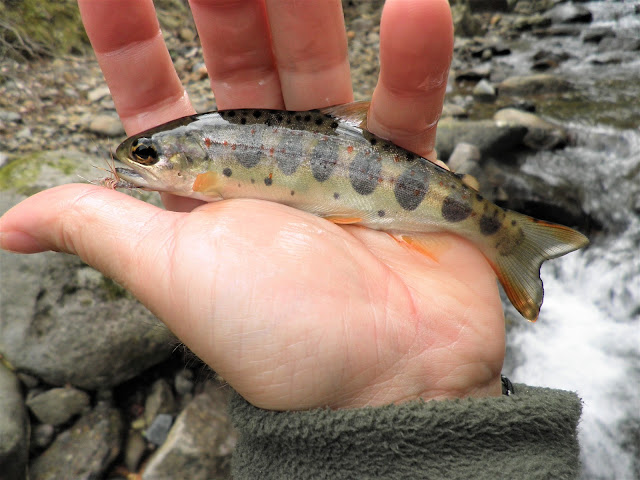 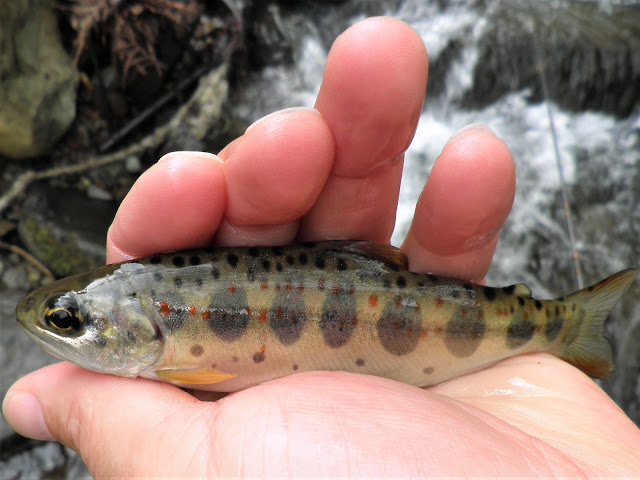 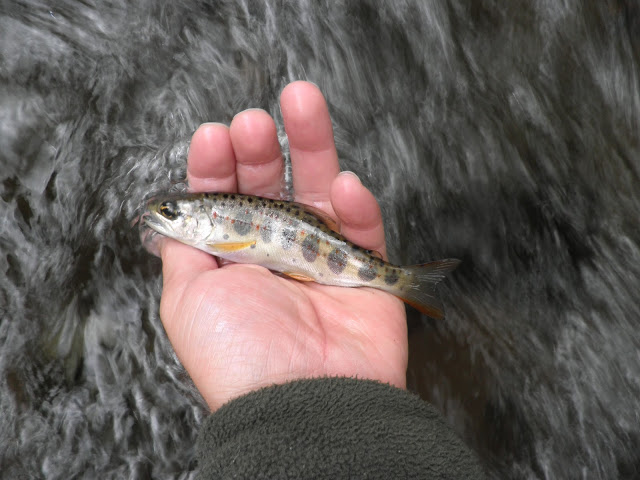 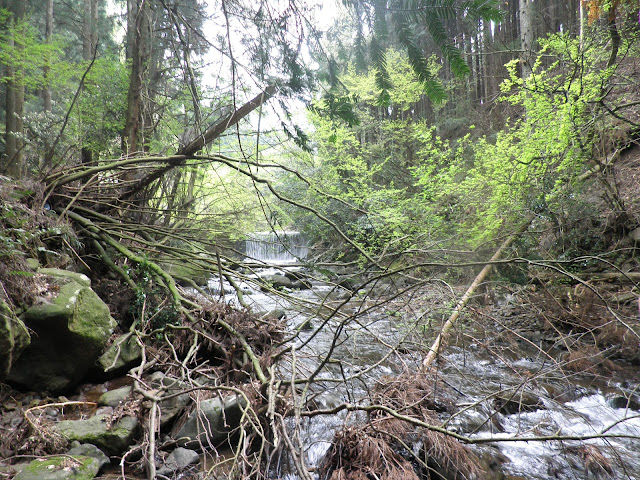 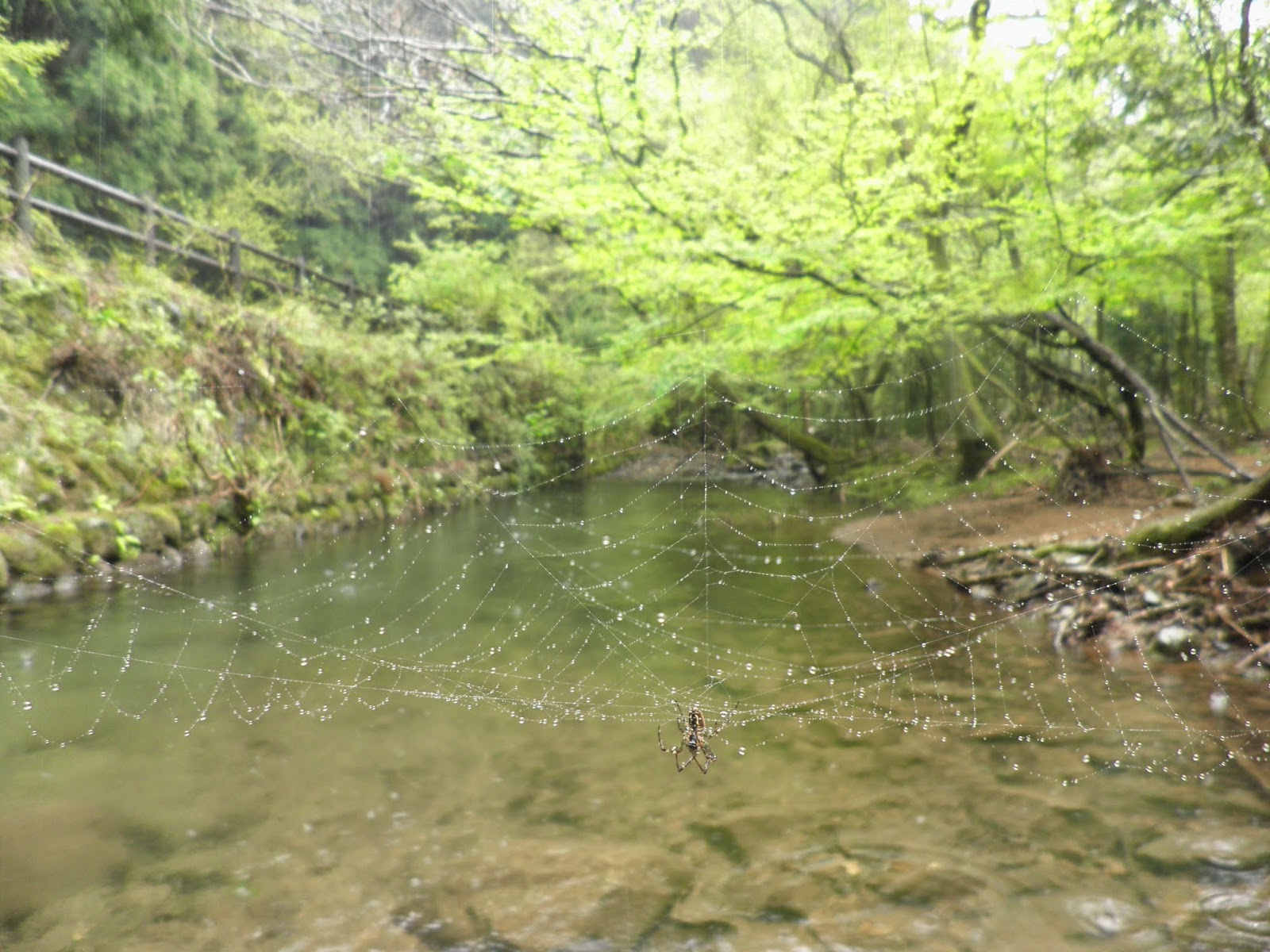 The heavens opened shortly before 12pm in the afternoon. I donned my rain coat and pushed on, when I caught the third and final Amago, but then I slipped and fell into the cold water. With the icy water running over the top of my rain coat and soaking my shirt I quickly lost the motivation to continue my sport. I walked back downstream and found Ed fast asleep in the dry warmth of his car. Aroused from his slumber, Ed suggested that we call a day on the Amago and return to the town for a tempura lunch. 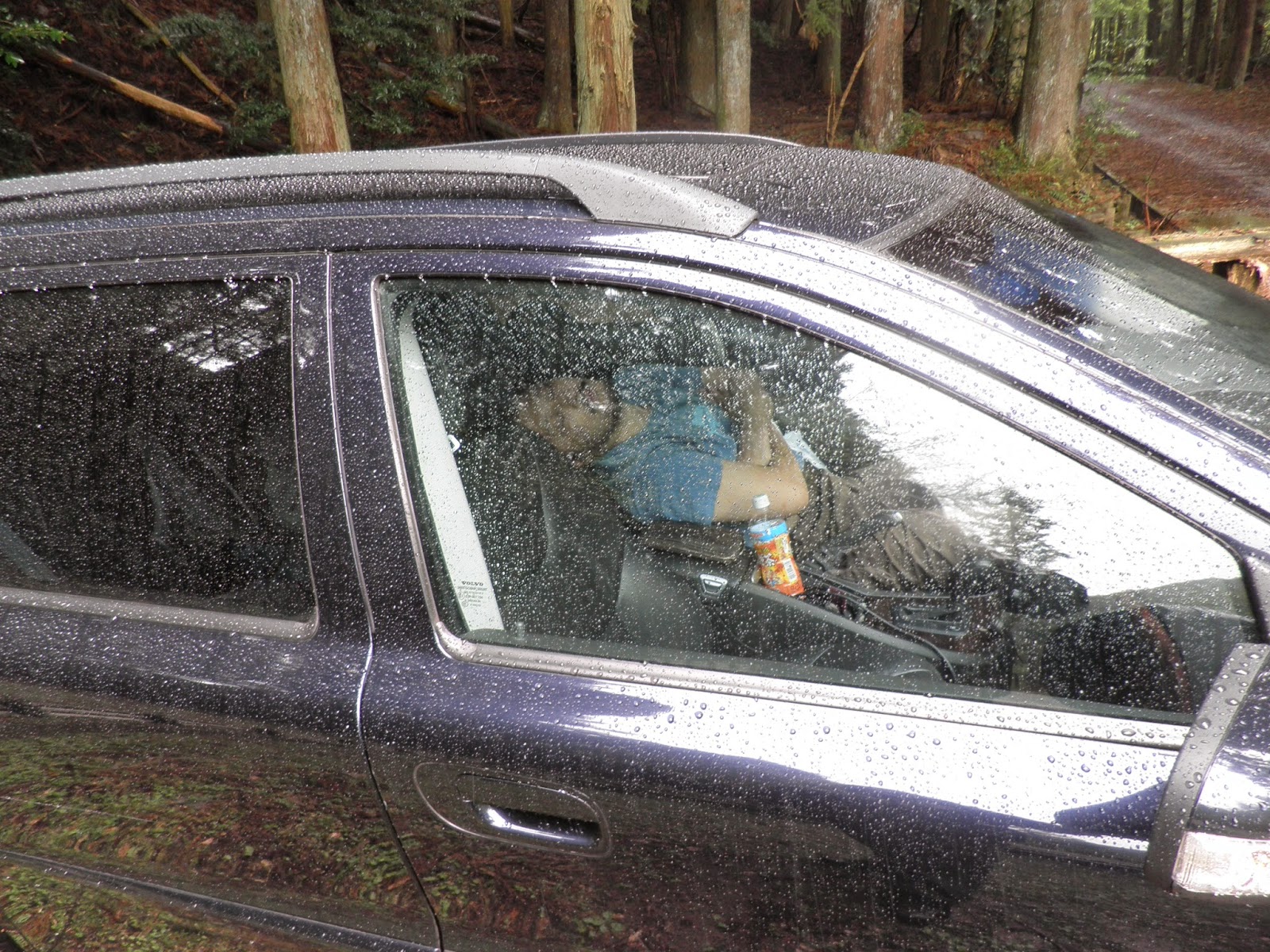 Later that evening Ed conveniently dropped me off at a Shinkansen (bullet train) station on his way back to Tokyo, and I caught a train to Kyoto. With Amago down, my hunt for Yamame and Iwana continued.
Japan - Part 2 (Yamame and Iwana)