Haunted Dreams and a Hot Tip 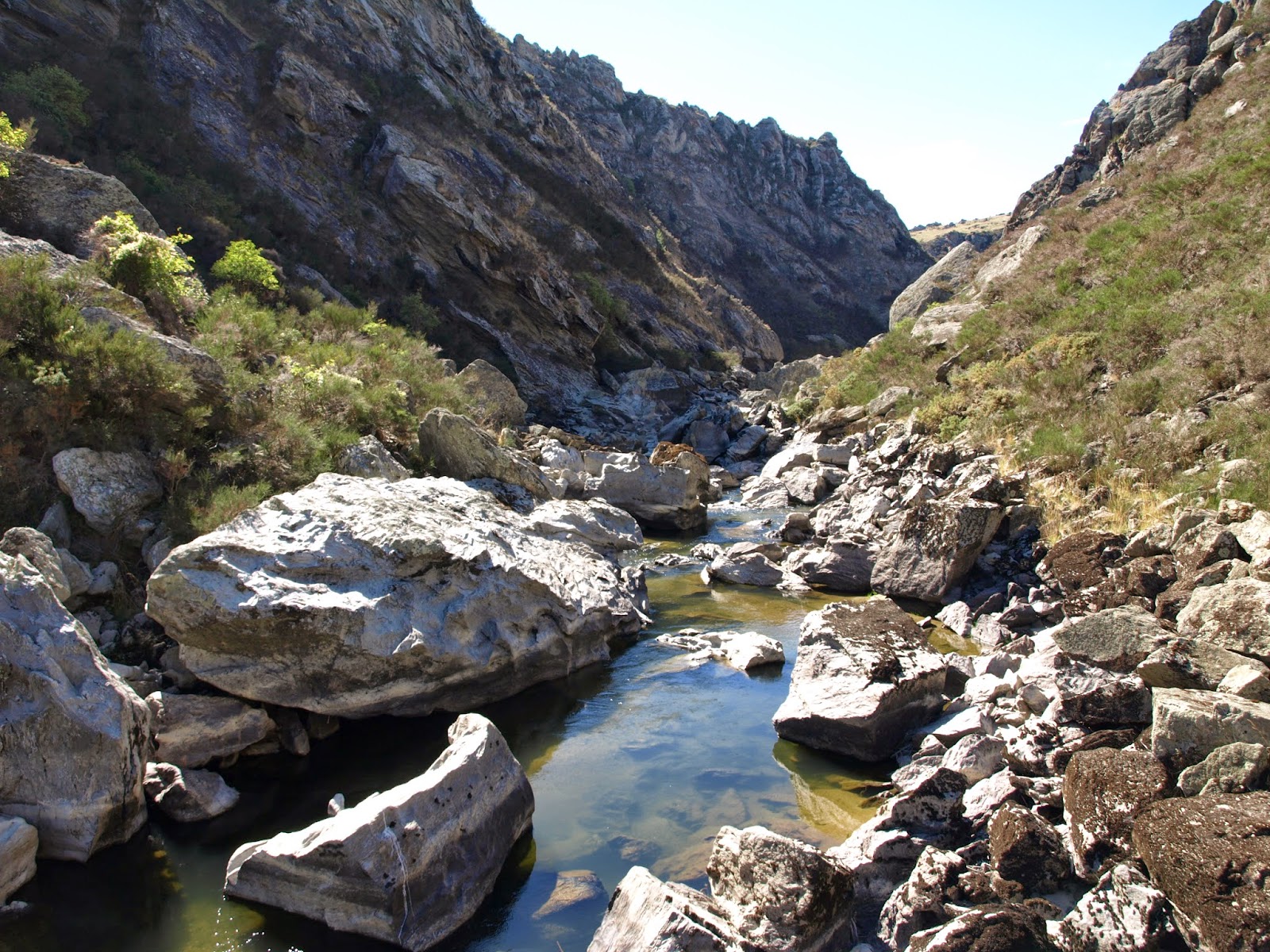 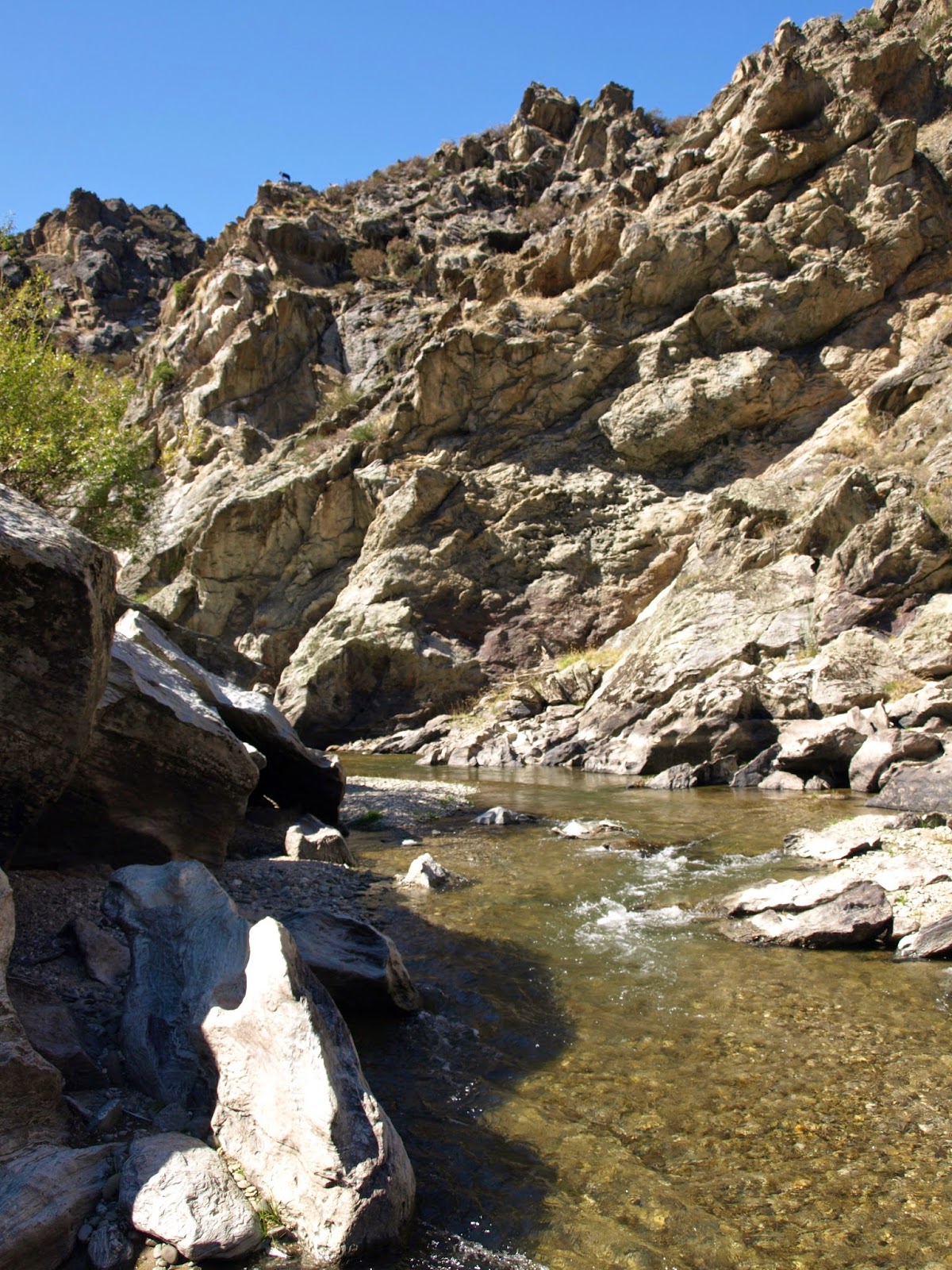 Moments before I went to sleep that night, and then the following nights, the image of that graceful fish casually moving its sinuous body in the current would play on the cinema screen of the dark insides of my eyelids. The unplanned trip down south allowed me a second go at that fish. I knew, after the recent fishing failure, that it would be a hard sell to my friend but I cunningly proposed a full day activity for her which would take us close to the behemoth. My friend agreed and I had my chance at redemption.
I decided that this time I would ignore the many other fish I had seen in the pools below the behemoth, some which I estimated were at least 6 or 7 lbs. They had proven difficult to catch and I didn’t want to waste my time on them. That was the promise I made to myself on the 4 km walk just to reach the river. But when I got to the river I spotted a feeding fish and I couldn’t resist casting to it. I delivered two nymphs upstream and the fish turned to its left and swallowed the smaller of the two. It buried itself in willow roots and remained there until I waded over and kicked my feet about, making it flee its shelter. It was a fish of 3 lbs and a good distraction from the behemoth. I did chide myself for succumbing to temptation, and returned my focus to the task at hand. 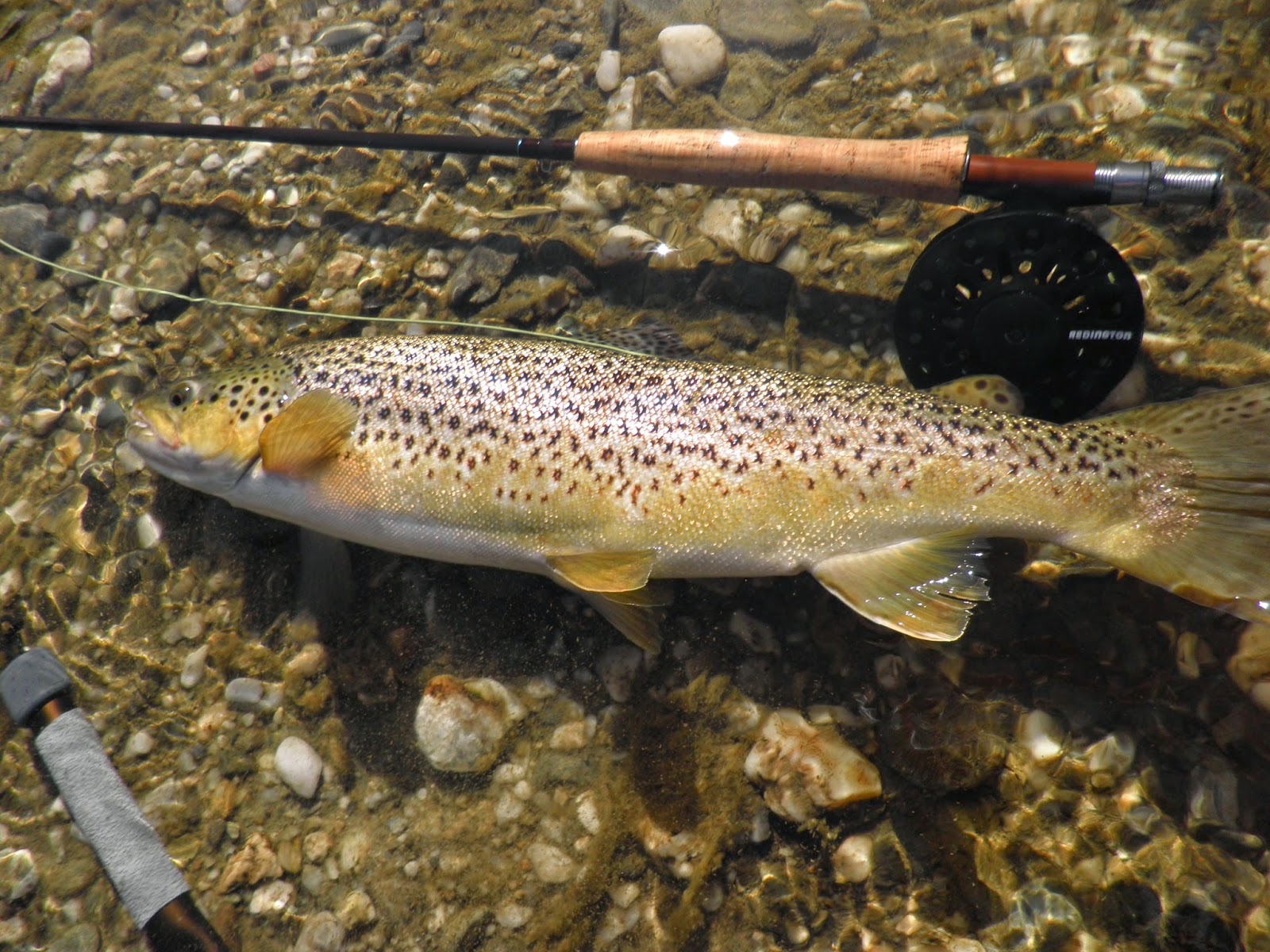 I walked up the river ignoring the other fish and eventually came to the reason why I was there - the behemoth’s pool. My pulse began to quicken. I inched forward slowly, not wanting to risk spooking the fish again with a clumsy approach. I slowly climbed the look-out rock, careful not to reveal too much of my head and hat as more and more of the pool came into view. The fish was not in its previous position in front of the boulder. Slowly, more of the pool came into view but I couldn’t see the fish. I stared into the water, looking hard at every inch of water but no living shapes emerged. I watched and waited for about 10 minutes. My mind raced whilst I watched the water in silence. Do fish have different morning and afternoon lies extending over separate pools? Had quad-biker returned and captured the fish? Had the fish died? A creeping, chilling realisation started to dawn on me - the haunting images of that behemoth would remain for some time yet! The most likely explanation for its absence I reckon is that it was simply hiding away under a rock at the time.
I could easily rationalise the absence of a single fish in this river whereas I couldn't begin to explain the absence of all fish from the first river.
How did the rest of the day go? I pushed on into the gorge, a gruelling yet beautiful and remote place but I saw no other fish in the deep green waters other than a small spooked trout and a massive black eel which caused the hairs on my neck to stand up. All ugliness and slime, eels have that effect on me. On the way back, scrambling between two high rocks I slipped and fell to the ground, jarring my ribs onto a sharp rock with a pain so sharp I wanted to be ill. I walked about a kilometre before I realised I was missing my watch. I returned to the place of the fall and luckily found it between the rocks. The stainless steel strap had broken at a hinge and it probably saved my ribs the brunt of the fall.
Isn't it funny that among all the fish we do catch, the multitude of average fish mostly, it’s the missed opportunities at greatness and the misadventures which can stand out the most.
It's not all milk and honey in New Zealand and in a self-repeating cycle it's probably that truth which makes someone change plans and set off to the opposite end of the island on nothing but a hot tip of bountiful promise.
With such uneventful fishing, I'd have done anything for a fish... 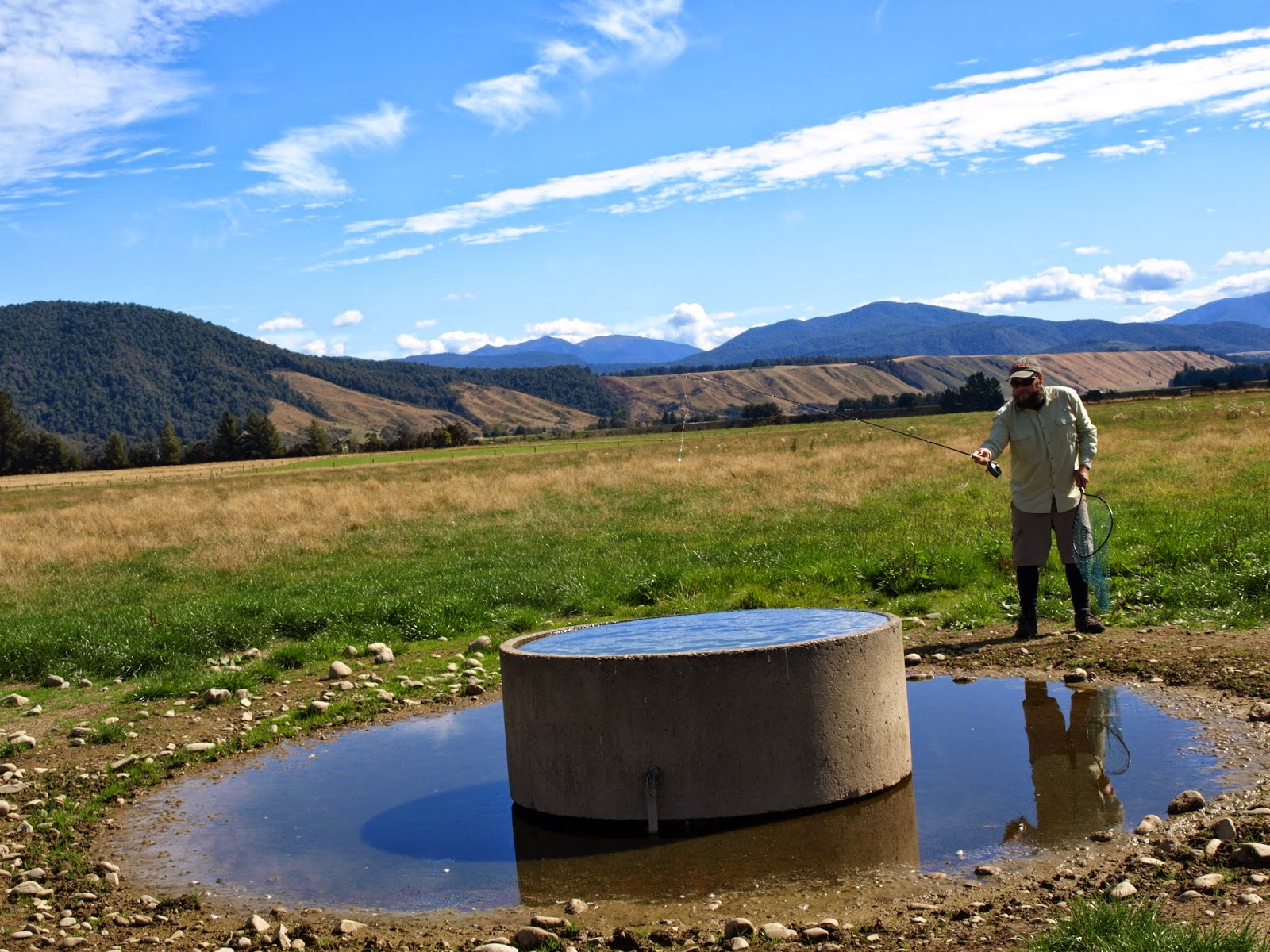