After our abortive visit to the Welsh Dee in February this year Laszlo and I promised to return when the weather improved. The weather has been relatively stable over the past 2 weeks and we took a chance yesterday, driving the 80 or so miles north west of Birmingham to Llangollen. Our start was held up a little because I couldn't find my rain jacket. In the end it was a good thing I found it, as we met up with a spell of rain sweeping in from the Atlantic. 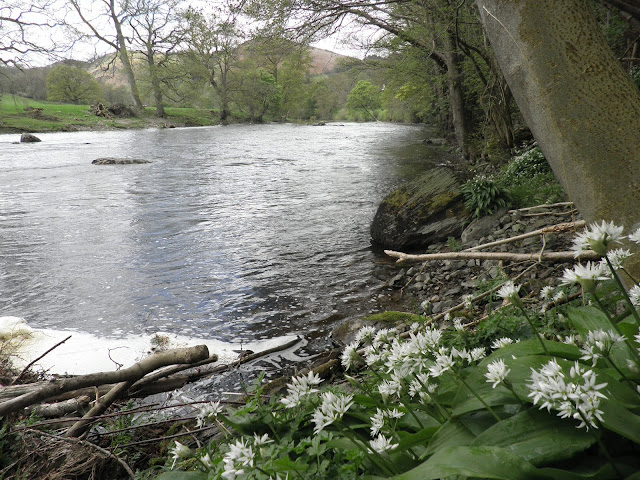 The Dee oozes a special charm and it’s difficult to describe the beauty of the Dee valley, especially in the green wash of spring. Arriving at Berwyn, just east of Llangollen, we were treated to the sight of the impressive working steam train pulling in to the station on its short tourist journey along the course of the river. Throughout the day we would regularly hear its whistle. The valley to the east of Llangollen was clear and sunny and, whilst the river seemed to have a little tinge of colour to it, it was at a perfect level for fly fishing.

We purchased day tickets from Watkins & Williams hardware store and decided to fish the upper section of the 10 miles of river offered by the Llangollen-Maelor Angling Club. We crossed the river, watching kayakers and white water rafters setting off for the rapids downstream, and parked at the small hamlet of Abersilio. The left bank is the outer bank of a bend in the river and therefore the current here is swift and the river deep. We hadn't given much thought to which bank to fish from, thinking that we would be able to wade across the river if required. How wrong we were! Attempting to ford the river would be near suicide. The Dee is a large and powerful river with a smooth bedrock bottom that offered as much purchase to the studs on my wading boots as flip flops have on ice. I later crafted a makeshift wading stick from a tree branch and this helped to some extent. Our bank was forested and casting difficult but I flicked in my team of nymphs and immediately caught a little trout of about 7 inches on the heavier copper wrapped dropper. I turned to Laszlo and we agreed that the signs looked good for a rewarding day’s fishing. 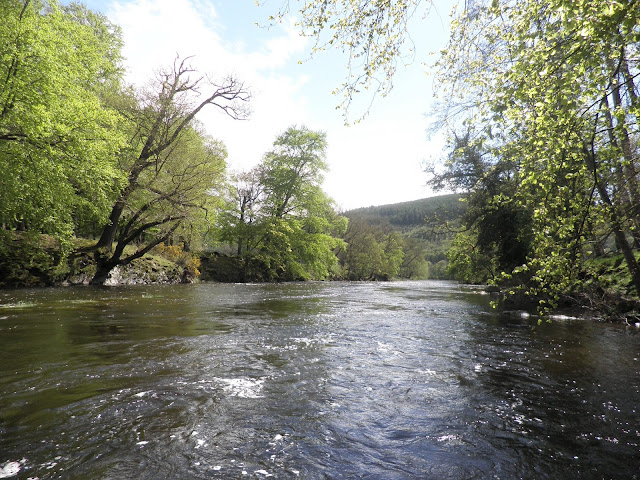 We continued to move up the left bank and cast where possible through the trees. I was mesmerised by the swathes of blue, yellow and white coloured wild flowers which carpeted the forest floor. Eventually, having dawned upon us that crossing the river was impossible, we returned to the car and drove to the other side of the valley where there were fewer trees on the river bank and where the option of wading as least presented itself. By this time it had started to spit with rain with tremendous wind gusts from the west (blowing directly downstream).

On the right bank my first cast yielded another trout, this one a little smaller than the first. Two casts later a much larger fish took the nymph and I saw it turn and reveal deep flanks. Unfortunately the fish threw the hook and left me ruing what might have been a pretty decent fish. I had hooked 3 fish in about 10 casts and the prospects were looking good. And then, it was almost as if someone had flicked a switch and the trout went off the boil. I had no joy for the rest of the day and Laszlo was unable to entice any fish either. There was some fly life coming off the water but we didn't see a single rise the entire day. Birds made sure not to miss out on the feast, swooping low over the water to nimbly catch the hapless morsels. Having consulted Lapsley’s and Bennett’s pocket guide today I'm pretty sure that I spotted a few iron blue duns. The authors suggest that iron blues often hatch on “cold, wet, blustery days”, a perfect description of yesterday.  We fished until about 6pm and then decided to call it a day. 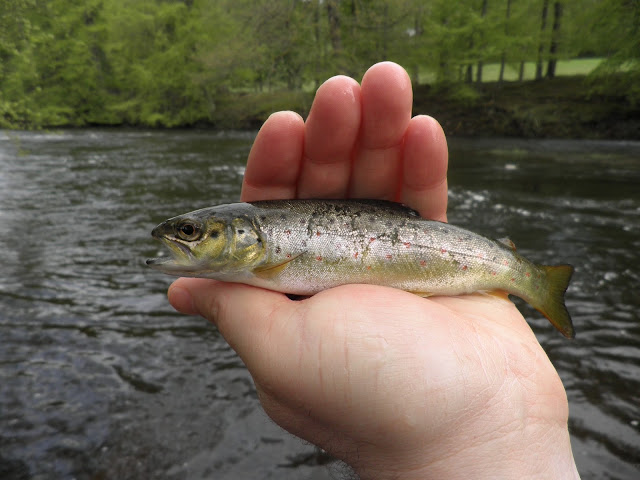 It was great to finally open my season’s account with a fish in the net. The Dee is a bewitching river and I'm pretty sure I haven’t seen the last of it. In the meantime I am looking forward to an improvement in the weather over the coming weeks and the appearance of mayfly! 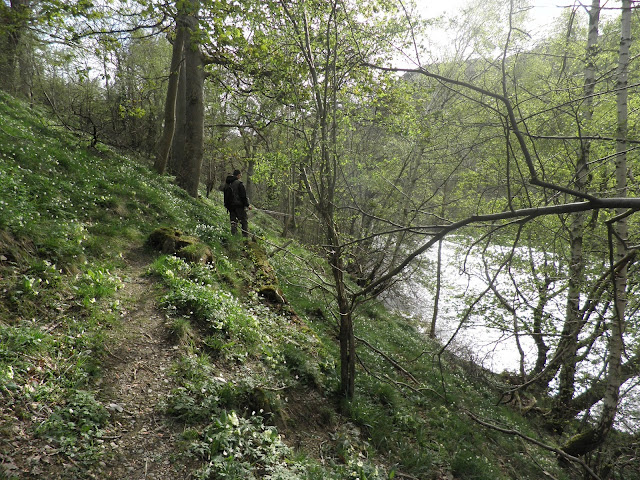