Ever since picking up my first fly rod all those years ago I have wanted to catch a brook trout. They are easily one of the prettiest of all the trout and char species, certainly one of the most colourful, and seem to occupy only the most pristine and perfect waters. I made my first foray into brook trout territory on a recent holiday in the U.S. when passing through the Blue Ridge Mountains in North Carolina and Tennessee. 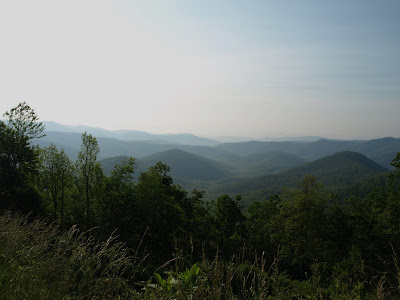 Before the trip I received some great help and guidance from Tyler Legg, who runs the Tarheel Fly Fishing blog. Tyler put me onto a tiny stream on the slope of Mount Mitchell, the highest peak in the U.S. east of the Mississippi River with an elevation of 6,684 feet.

I am a fanatical devotee of small stream fishing, but on arrival at the stream, set deep in the woods and choked by native rhododendron, even I was taken aback at the small size of the stream! I could tell the day would be a challenge. In the confined vegetation 'bow and arrow' casts would be the order of the day. 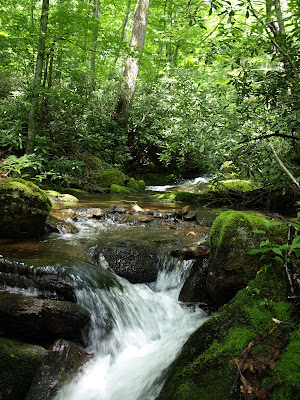 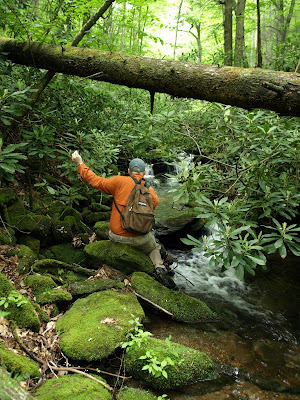 My second cast with a size 14 yellow Stimulator elicited from a little fish a breakneck rise so fast it took me by surprise and the fish was lost. Still, it put me completely at ease, confirming what I had been told about brook trout - that they are largely unfussy and opportunistic feeders. A guy in the fly shop in Asheville had said the fly pattern itself is unimportant, all I would need is something "big and bushy".

Very soon, in fact in the next pool of any size, I caught my first brook trout. In the fast water, the take was aggressive and decisive, the splashy rise audible above the gushing torrent. The stream tumbles over a series of waterfalls at a steep gradient. The vast bulk of the 3 hours which followed was spent climbing and scrambling over the mossy rocks, fallen logs and through the rhododendron, searching out the fishable pools, until the gradient became too steep, the waterfalls too high and I could go no further. Climbing back down the way I came was even more of a challenge. I enjoyed it hugely. This is my idea of fly fishing. 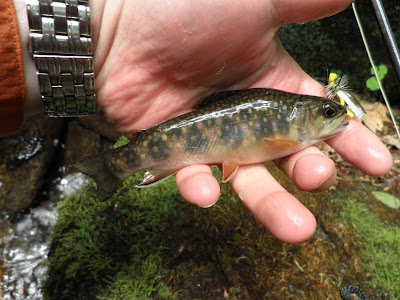 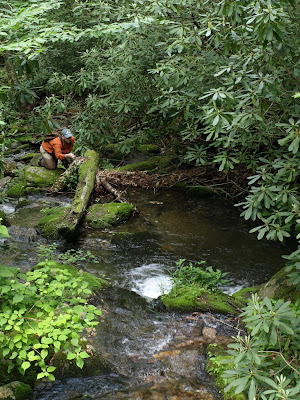 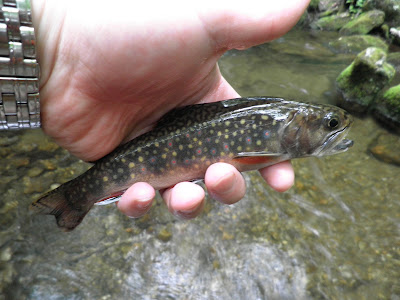 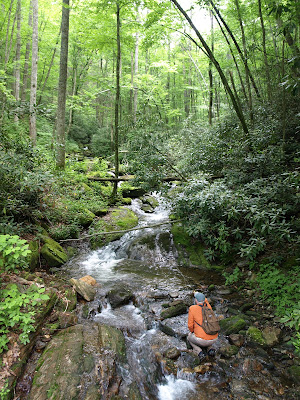 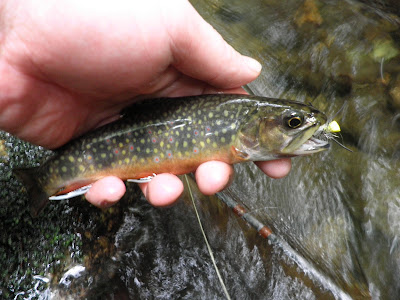 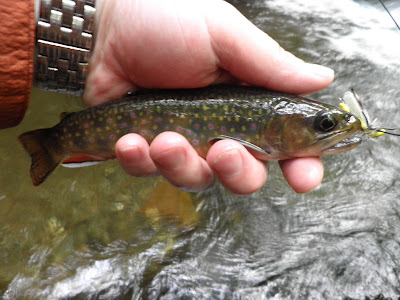 In this and another even smaller stream nearby I caught and released a total of eleven brook trout, all on the dry fly. By far and away the most successful fly was a yellow 'Foamulator' (a variation on the Stimulator incorporating foam and rubber legs). I felt incredibly happy - the day couldn't have turned out any better.

On the following day, we drove south-west along the scenic Blue Ridge Parkway, a road 50 years in the making. We left Asheville behind and took a small detour through the touristy Native American reservation of Cherokee. In the middle of the town flowed a good sized river called the Oconaluftee. A billboard next to the road touted it as the "most stocked river in the south east USA." It's amazing how diverse human nature is, that some may obviously find this so appealing it warrants a giant billboard. I quickly passed through without stopping and made for the nearby Great Smoky Mountains National Park. This is America's most visited national park, and being a Saturday and the Memorial Day long weekend, the roads were choked with cars and Harley-Davidsons. Undeterred, I headed for a small tributary in the state of Tennessee. I had already seen four fly fisherman fishing the main river flowing parallel with the road on the drive through the park, and was pleased to discover I had this small tributary all to myself. 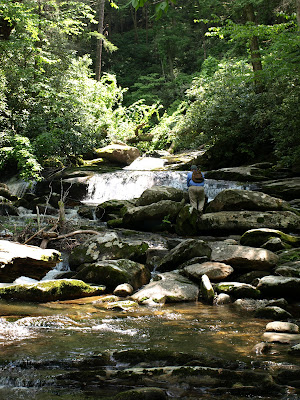 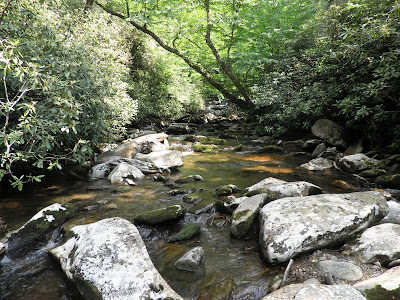 My very first cast with a large green foam hopper resulted in a beautifully coloured fish. The brook trout of the Smoky's were noticeably different in colouration to the brook trout I had caught the day before, 90 miles away in North Carolina. 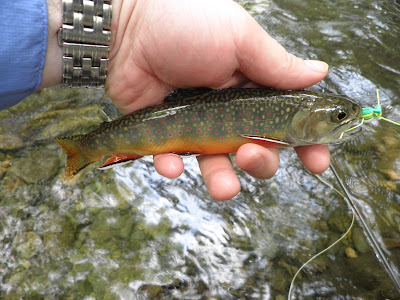 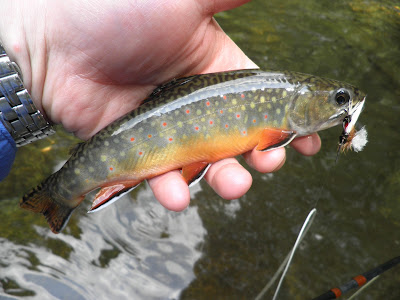 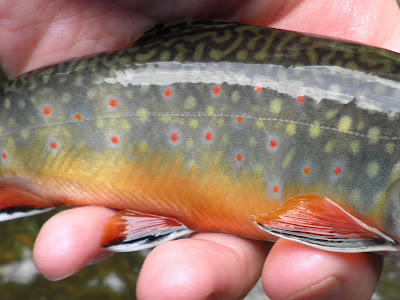 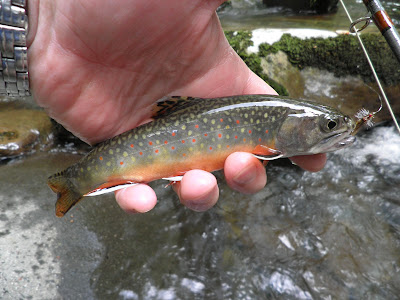 In addition to six brook trout I also caught a feisty rainbow trout. Two fish fell to a local pattern called a Green Weenie, literally nothing more than a hook wrapped in green chenille, a simple imitation of a drowned inchworm. 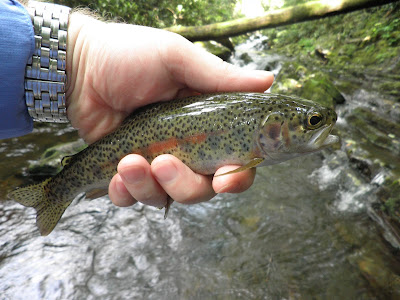 The mountains, the clean air, the forest, the solitude, the brook trout and their penchant for the dry fly, all ensured this was an exceptional fishing experience.