I was far up a tributary of the Big Hole River, completely lost in my thoughts, when I felt the presence of eyes on me. I hadn't seen another living thing (besides several fish) for a couple of hours and I quickly scanned the pine trees. As my eyes settled on a large shape I involuntarily swore from fright like a little girl. A very large dog, almost white, stood stock still and stared at me with intensely dark, baleful eyes. We stood frozen in time for seconds just staring at each other and then he started to bark, deep sounds echoing up from his enormous frame. I shouted something, fearing a charge, and he ran off into the woods and I was able to let out a sigh of relief. I was done fishing and followed the river downstream and eventually came across the dog's owner. We chatted for a while and when I mentioned I'd just split one of the sections of my rod he offered to fix it for me gratis. It was one of those chance meetings when you know the stars are aligned. I'd just met Zac Sexton, rod maker, part owner of Montana Rodsmiths, video maker and fly fishing guide. A couple of hours later I was at Zac's home in Butte, having a beer, talking long into the night about fly fishing and had a spot on his couch for the night. By then me and the dog - Chetco, a Golden Retriever/Kuvasz cross - were on friendlier terms and in the depths of the night I woke to find Chetco snuggled up on the couch next to me like we were old pals. 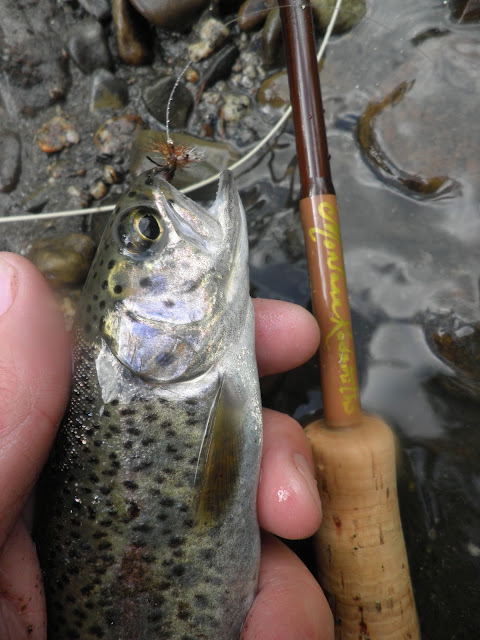 While Zac kept hold of my rod so he could fix it, he gave me two of his hand made Montana Rodsmiths rods to use in the meantime and I disappeared back into the mountains with them and my tent. I have to say, both rods performed exceptionally well. His 7' 4 weight was ideal for a little, bushed-in creek I fished. A slow to medium action rod, it was light and presented dry flies well and was responsive at the time of the strike. The other rod, a 9' 6 weight, was used to cast dry flies to hungry grayling for a couple of hours in breezy conditions and the rod performed beautifully, turning over tight loops at distance in the wind. I was impressed by both rods and the quality of their build and finishing. Those who have read my blog for a while will know that I don't endorse products and that there is nothing commercial about my blog at all. So I hope this in some way supports my independent view that these were decent rods and are definitely worth a look at if you're in the market for a new one. At the same time, you will be supporting a small independent business with an enthusiastic and passionate owner, which to my mind beats jumping on board the bus with the mass produced big boys. Get in touch with Zac about specific tapers and personalisation and you will find him in his element. 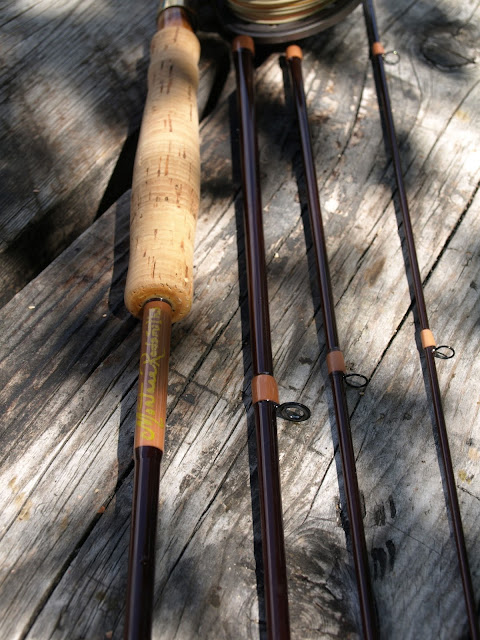 I especially appreciated the effort that went into their unique rod tubes made of "beetle-killed blued pine", milled by local families. It was a beautiful piece of work and a lovely place to keep a fly rod when not in use. 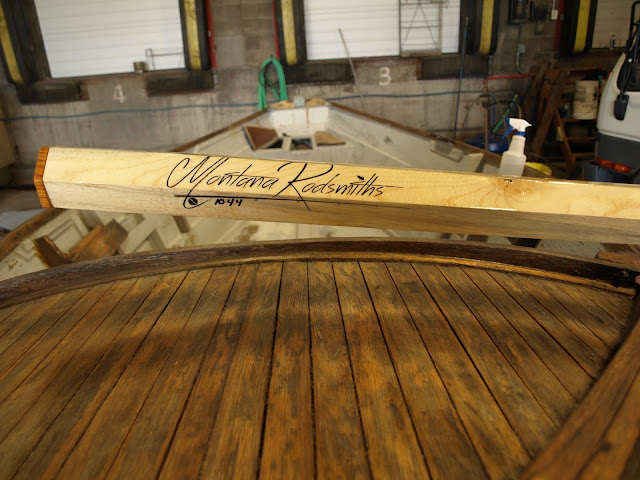 Here are the links to Zac's rod making business and video site: