There is a saying that goes something along the lines of “the best way to shrink a fish is with a ruler.” I guess this is a pretty fair observation – humans are prone to exaggerate and of all the various sports and pastimes where measurements are a factor, anglers appear the most chronically afflicted. 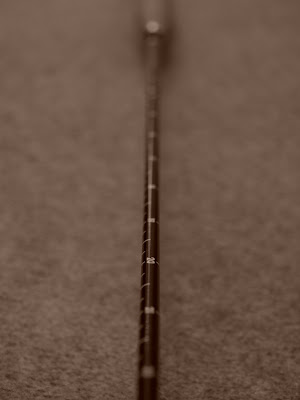 In keeping up a blog I have a bit of a thing about publicly quoting fish measurements, particularly when displaying accompanying photos where readers can make their own judgments. I’d hate to be known as the guy who quotes in inches when he actually means centimetres, if you catch my drift. I make snap estimates at the waterside and several times when writing about it later I have under declared my earlier ‘guesstimate’ by an inch, just to be on the safe side. It’s just a personal thing I do – I wonder if others do the same?

I enjoy recording on my blog the lengths of fish I catch on my outings, primarily as it serves as my personal record of catch returns. So when I came across an adhesive Rodrule I instantly thought it was something that could add value to my fishing experience without being an extra item to store in my pack and carry around. 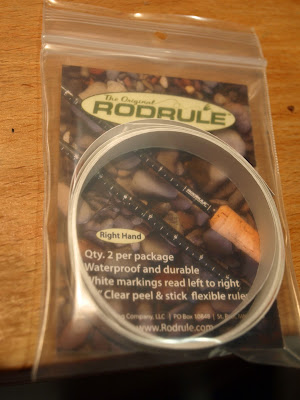 The company that sells them is based in Minnesota and ship internationally. The rodrules (they ship two per pack) took exactly a month to arrive and I chose to apply one to my little Hardy Flyweight rod – an easy enough process. They come 36” long but I chopped off the first 10” to allow for the rod handle and rather optimistically chopped off the rest at 22”. 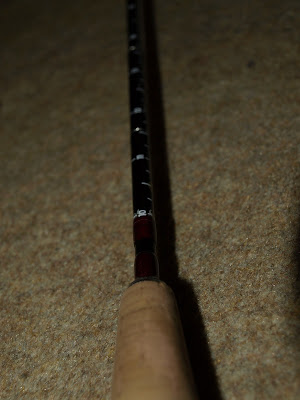 I’ll admit that at first, the rodrule takes a little getting used to. The bold measurements seem incongruous with the delicate finesse and understated elegance of the Hardy rod. I still think it’s a pretty cool idea though and look forward to using it this season. If the idea of “shrinking” fish isn’t for you don’t despair – “the best way to grow a fish is with beer.”